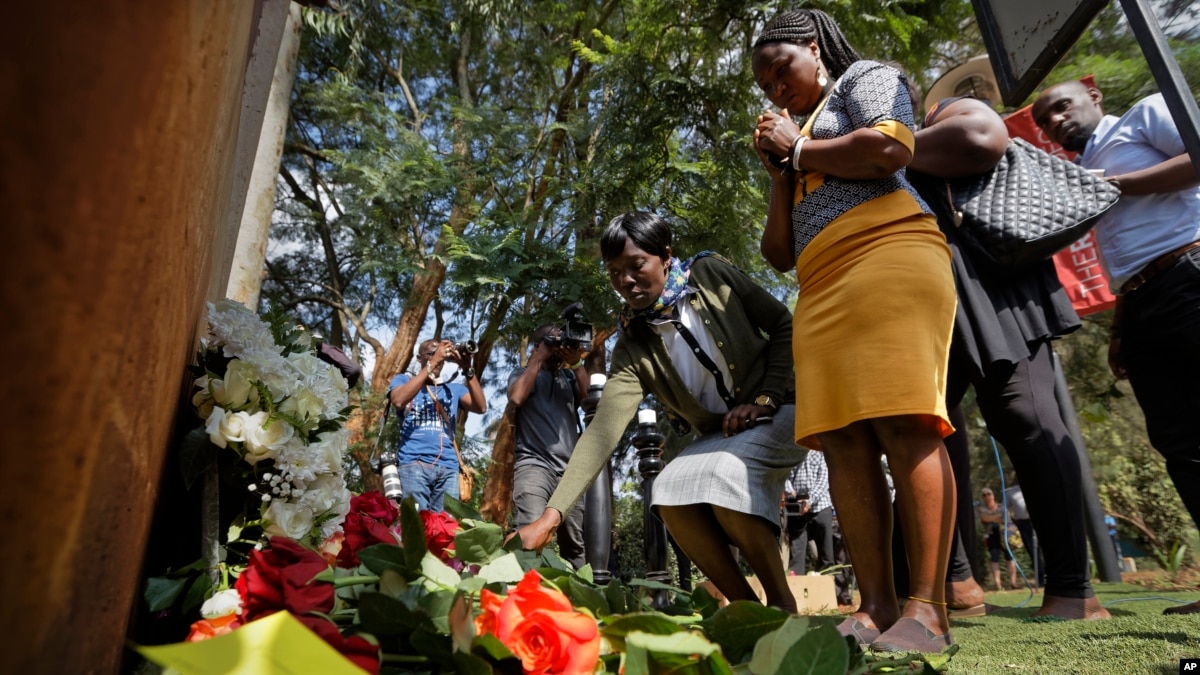 The Kenyan authorities have reopened the DusitD2 hotel and office complex to the people who worked there when attacked last week.

This is the first time civilians have been allowed to access the area since the attack, which claimed the lives of 21 people.

Kenya's security agencies continue to investigate how the incident was planned and those who may have helped five attackers in the terror operation.

Investigators expanded their search to the northeastern city of Isiolo, where arrests were made.

So far, the authorities have arrested at least 11 people and interrogated dozens of others.

Government spokesman Eric Kiraithe said authorities would get to the bottom of the attack.

"The security situation is calm, and all security services are alert. Investigations involving Dusit 2 are ongoing; we have made a number of arrests so far … we are satisfied that the investigation is going well and that those involved in this trial will be carried out, "he said.

Authorities have brought to court six suspects whom they believe are behind the attack.

Al-Shabab has vowed to fight Kenya as long as its forces are stationed in Somalia to support the country's government in building peace and stability.

Some experts say the group will continue its threats and attacks even if Kenya withdraws its troops from Somalia.

Kenyan security agencies have been praised for the way they deal with the latest terror attacks, quickly evacuating people and ending the siege in less than 20 hours.

But analysts believe the country needs to rethink its strategy to stop al-Shabab from recruiting among Kenyan youth.

Anneli Botha is a terrorism researcher. "Al-Shabab [is] being successful especially in areas where you have a vulnerable community, people feel marginalized for a number of reasons; can be religious, can be ethnic. Some areas that I thought they had been persecuted before, but also frustration with the Kenyan government have also proved quite successful in the hands of al-Shabab, "Botha said.

"I think what Kenya needs to do is to look back at its ideology against the strategy of violent extremism," Mustafa Ali, an African Horn security expert based in Nairobi, said. "While security has done very well to deal with extreme extremism and violence. Terrorism, the area of ​​awareness of community mobilization is something that is left behind, and that is something that the state needs to pay close attention to."

Kenyan media reports one of the attackers sneaked past the border to carry out an attack. Several security officials have been accused of corruption, with authorities saying this has led to the smuggling of firearms and al-Shabab fighters.