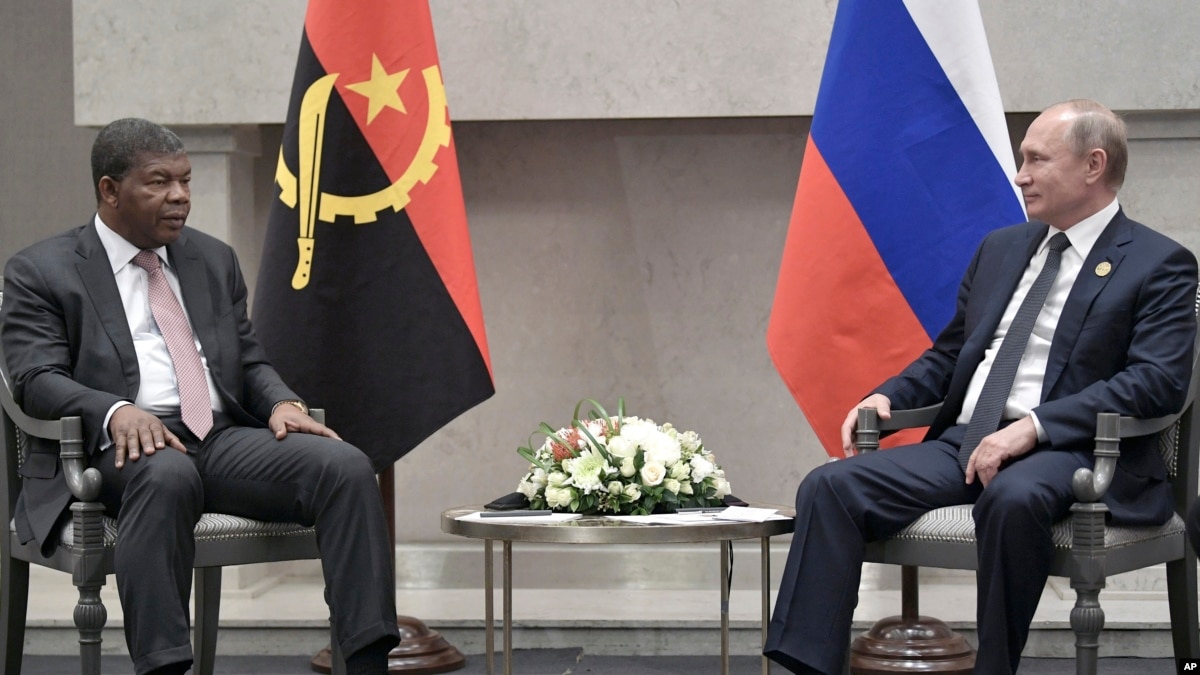 Russia has been busy on the African continent in recent years. Russian officials acknowledged Russians were on board an Antonov An-72 transport which crashed last week in a remote Congolese forest.

There have also been reports of Russians killed in civil war battles in Libya recently. And Russia has been making deals and spending money and making commitments all over Africa.

But this week the more savvy aspects of Russia's reengagement in Africa will be showcased. President Vladimir Putin will welcome dozens of African national leaders midweek to the resort town of Sochi for a two-day conference, the first major gathering of African leaders in Russia since the collapse of the Soviet Union in 1991.

The summit is being held at Sochi's Olympic Park, the jewel in the crown in the billion-and-half dollar makeover of the town for the 2014 Winter Olympic Games.

As far as the Kremlin officials are concerned the event will underline the reversal of Russia's retreat from the continent and demonstrate the country is no longer a defunct World power. "This is a very important continent," Putin's spokesman Dmitry Peskov told reporters last week. "Russia has things to offer in terms of mutually beneficial cooperation to African countries," he added.

Russia has a history in Africa

Russia's presence on the continent was negligible for most of the decades since the end of the Soviet Union. Cash-strapped and disoriented Russia's focus was on itself but in the past few years it has ratcheted up, reviving old ties and forging new ones.

"The Soviet Union enjoyed extensive relationships across Africa for decades through its support for national liberation movements in Angola, Mozambique, or Guinea-Bissau, its involvement in the Ogaden or Congolese conflicts, and its courtship of Ethiopia's leftist regime," according to Paul Stronski , an analyst with the Carnegie Endowment, a Washington DC-based think tank. "As the Soviet Union collapsed, these relationships came to an abrupt halt," he said.

During the Soviet era many of Africa's political and military leaders were educated in Russia – now only three current African heads of state received their university education in either Russia or one of its former Warsaw Pact countries.

The leaders of former Soviet client states like Angola, where Russia has invested in the diamond industry, and Ethiopia will be among the 10,000 politicians and businessmen from 35 African Countries attending the Sochi summit. But so, too, will representatives from Nigeria, where Russians have been investing in the oil and gas industry, and Ghana. Neither had major ties with Moscow during the heyday of the Cold War.

Russia has been busy in Africa but still trails others

Russia's foreign ministry says there has been a 350 percent increase in trade with African countries over the past decade. Russian companies are now involved in some big projects on the continent – including the building of Egypt's first nuclear power plant and the development of massive raw-mineral deposits in Zimbabwe in a $ 3-billion arms-for-platinum deal.

Kremlin officials and Russian businessmen hope the Sochi conference will lead to more arms sales and purchases by African states of Russian nuclear power plants. More oil and raw-mineral deals are also likely to be signed in the margins along with a host of smaller trade agreements. All in a bid to increase the value of Russian trade with Africa, which stood at about $ 20 billion last year, half of the continent's trade with France and ten times less than China’s.

European Union-Africa trade is valued much higher at more than $ 300 billion a year.

The summit comes at a time Russia's economic growth has stalled, the consequence of five years of Western sanctions as well as low oil prices. Russia is in need of new trading partners. But business and politics appear to be going hand-in-hand in Russia's dealing with Africa and much of the focus is on security and arms sales.

When the Kremlin officials talk about engagement in Africa geopolitics is as much as the fore as trade deals. In the past five years Russia has struck 23 security cooperation deals with African governments and, according to the Stockholm International Peace Research Institute (SIPRI), it is now the largest supplier of arms to the continent.

Analysts Tim Stanley and Barnaby Fletcher of Control Risks, a global risk consultancy, argues Russia is stepping into "gaps left by Western governments wary of condemnation from domestic electorates." Security expertise is on offer, including Russian military contractors and disinformation specialists to help prop up failing or corrupt governments.

In Guinea, where police last week shot dead nine pro-democracy protesters, Russian diplomats have been backing an effort by the country's repressive president, Alpha Conde, to change the constitution, which would allow him to serve a third term. The Russian aluminum company Rusal sources a third of the bauxite it needs from Guinea.

Edward Lucas, author of "The New Cold War: Putin's Russia and the Threat to the West," dubs it "spookery and thuggery." "Russian 'political technologists' offer expert advice on all aspects of election rigging, from bribery to propaganda and cyber-attacks. Mercenaries beef up security, "he says.

Like China, Russia has one competitive advantage over the West – Russia's arms sales don't come with human rights or demands about improving governance.

Military contractor Yevgeny Prigozhin, the oligarch nicknamed ‘Putin’s chef’ because of his lucrative catering contracts with the Kremlin, has been much in evidence on the continent. And so, too, has his company the Wagner Group, which supplied the two dozen or more contractors believed to have been killed in airstrikes in Libya last month.

The Wagner Group has also supplied troops, many of them veterans from fighting in Syria and Ukraine, to help the government of the Central African Republic to put down an insurgency. And the governments of Burkina Faso, Chad, Mali, Mauritania and Niger are reportedly also looking to Moscow for military assistance to defeat insurgencies.

According to an investigation by the independent newspaper Novaya Gazeta, Prigozhin's private jet has stopped in Beirut more than 48 times in the last two years on trips thought ultimately to be taking him to African states. When news circulated of the crashes in the Congo last week of the Russian Antonov An-72 cargo plane, which has a history of gun-running, there was immediate speculation that Prigozhin may have been among the dead, which turned out not to be the case.

On a visit to Angola earlier this year, U.S. Deputy Secretary of State John Sullivan said: "Russia often utilizes coercive, corrupt, and covert means to attempt to influence sovereign states, including their security and economic partnerships." Some Western officials worry the Kremlin will use political and economic clout on the continent to ensure African countries vote alongside Russia at the United Nations and on other international bodies.

But Western fears may be overblown, says Paul Stronski of the Carnegie Endowment, a Washington DC-based think tank. In a recent commentary, he questioned whether Russia can shape a real power base in Africa. There's a lot of "symbolism over substance," he said, much of it designed to unnerve the West. The Kremlin's Africa re-engagement is "a prime example of how Russia's brand of activist and agile foreign policy can be done on the cheap and create the appearance of paying out dividends," he adds.