Unexpected information about a group of people in a truck 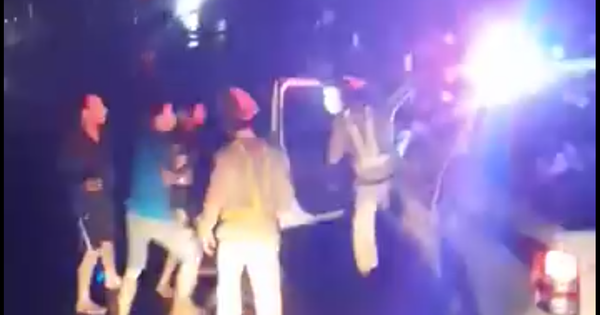 On November 18, Lieutenant Le Thanh Tan, a cadre of the Tuy Phuoc Police Station belonging to the Police Department of the Binh Dinh Police Department, spoke with reporters around a 10-minute clip that he had hit a group of people on a truck.

According to Tan Tan, about 23 hours 30 minutes night 7-11, while the patrol team with work on National Highway 1, in the Phu My district area (Binh Dinh province), traffic police received notification from the leaders Tuy Phuoc traffic station needed a truck stop BSC 37C – 041.77 for checking violations. Around 8:30 on November 8, when it detected this car, the team signaled the dismissal but the driver did not run away but ran away. 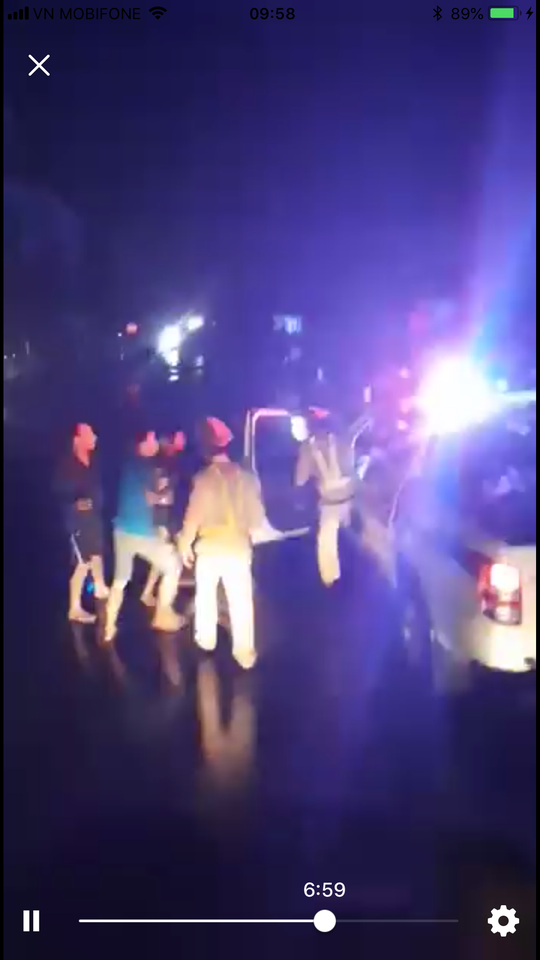 When this rained, Lieutenant Tan and Lieutenant Dung went to the driver asking them to get off the bus, present the paper, but they only pressed the windshield and took the camera phone. A moment later, two people in the new car got off.

"At this time, I wandered around the car, they thought I was breaking the brake light wire to make an excuse to deal with violations, then both sides controversially, then someone suddenly pushed me into the truck At that time, I did not fight but just tried to controlling the person who pushed me, attacking him immediately, he ran to the front of the truck shouting "police" I chased after him, tried to hug him, saw two other people in the truck attacking me again. " At this point, Lieutenant Colonel Dang stopped them. "- Capt. 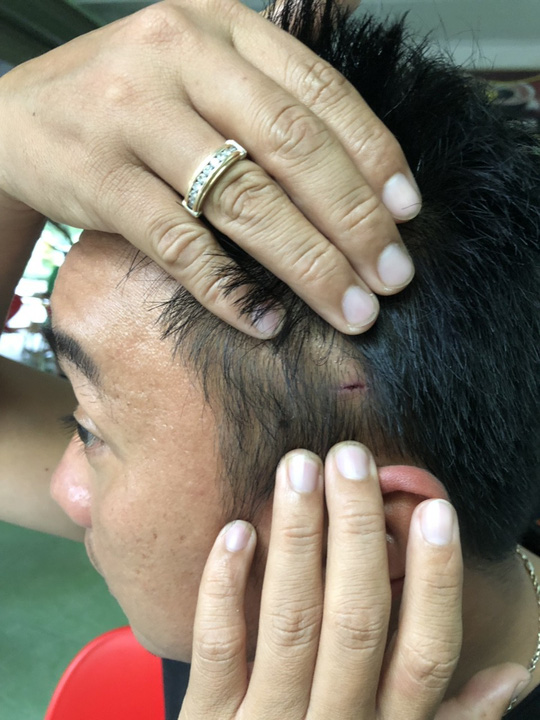 After being attacked by a group of people on a truck, he rushed to a closed patrol car to call the Phu My district police to help him. However, when he took the telephone to call a group of people in the truck to continue to rush to attack must try to close the car door, control himself to avoid accidents.

"I asserted, when facing the incident, I did not hit the group on the truck because the content was posted on social networks, but also wanted to hit it because it was late at night, while on the road. They had 4 people who were violent, we only had 2 people, so we have to leave the scene so we won't be attacked again, "explained Captain Tan.

As reported on 17-11, on social networks sharing clips of 10 minutes on charges of traffic police in Binh Dinh chase, stopping in the middle of the road does not guarantee traffic safety. When stopping the vehicle, the traffic police does not require the driver to present documents but challenges, threatening the driver. Because of a truck error, CSGT has damaged the tail lights to catch errors. However, drivers and sub-trucks know this, so traffic police cannot do it. Then, CSGT fought with people sitting on trucks and then patrol cars running …

One of the four truck drivers in the BSC 37C – 041.77 truck had been in sharp conflict with the Phu Yen provincial police on the same day before coming to Binh Dinh province.

Through the above incident, Senior Lieutenant Colonel Vo Van Chin, deputy head of the department of the Department of Public Security of the Binh Dinh province, said that the contents of the clip in this clip were not true of the actual situation. Tuy Phuoc traffic staff stopped the car because there were 4 people in the car, more than 1 person compared to the regulations. Also, in the process of moving, the car must drop cow dung on the road, causing environmental pollution to be stopped to be handled.

At present, the Binh Dinh Provincial Police Department coordinates with the Nghe An Provincial Police Police to verify and invite vehicle owners, control car driver board 37C – 041.77 to be handled. In particular, the two investigative bodies involved in the case have been asked to explain.

In different developments, according to the knowledge of journalists, before the above behavior with the Binh Dinh provincial police, around 7:00 a.m. 7-11, the group of people in the BKS 37C – 041.77 trucks also did not receive the stop orders of traffic police from Phu Yen province. Then, the Phu Yen People's Committee from Phu Yen used a patrol car to stop the group stopping but stopped the car but refused to produce relevant documents which only required controversy with the traffic police and then left.

At 8-11 pm, a group of people on this truck also did the same when the traffic police in Ha Tinh stopped the car to check the violations.