The BSC VN-Index estimate can return to the level of 1,000 points in November 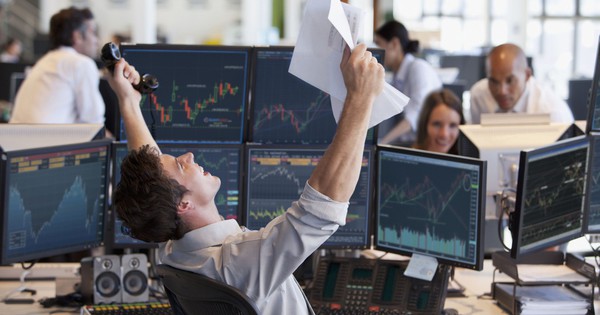 The BSC recently released an updated report in November with lots of interesting information that could affect the Vietnamese stock market.

The first is the result of the US midterm presidential election which will take place on November 6. The adverse consequences will disrupt the current order, have an impact on American politics, and the president's decision in power in the second half of his term.

The Fed held a policy meeting on November 8, but attention will be set at the end of November, at the G20 summit in Buenos Aires on November 29, including talks between the two leaders. The United States and China in an effort to cool the trade war.

According to a Bloomberg survey, it is unlikely that the Fed will raise interest rates in a November meeting, but this is likely to be high in the December session. As the US-China trade war increases, scale, influence is also a matter of time. The G20 summit at the end of November, where two heads of state will meet formally as an opportunity to restore personal relations and cool the trade war. This will be the most awaited information since the commercial war took place from 6/7 this year.

Oil prices after falling in October are also likely to rebound as US sanctions on the Iranian energy deal on November 5 will be seen.

In this country, information on the sixth session of the 14th National Assembly decides on important issues such as socio-economic development, budgeting, personnel, and several new laws that affect the market. In addition, most Q3 business results were announced with a growth rate of around 24%, bringing a 9-month growth rate of 23% over the same period. Increased business performance contributing to the decline in the P / E VN-Index fell to 15.97, low in 1 year will be support for the market in the final months of the year.

Can the VN-Index return to the level of 1,000 points in November?

According to the BSC, even though the market fluctuated sharply in October, this did not fully reflect macro stability and the situation increased the positive profit of the company.

Market and investor psychology are strongly influenced by international information. However, the strength of sales is not large because the value of margins in securities companies falls close to the beginning of the year and falls by more than 20% compared to the peak. Therefore, BSC believes that the market has a lower chance at 885-900 points and will increase to test 1,000 points in November without major events from world markets.

A positive case, the VN-Index will base on 885-900 and increase again with an estimate of more than 1,000 points. A reasonable price level facilitates the flow of money in the number of branches and groups of shares.

In the negative case, negative news from the world and recession from foreign capital flows, the VN-Index fell deeply from the support level of 885 points and created a broad recession zone.