The northern province is still in a cold and destructive mountainous area, but, in the afternoon, the sun begins to return to the sun. 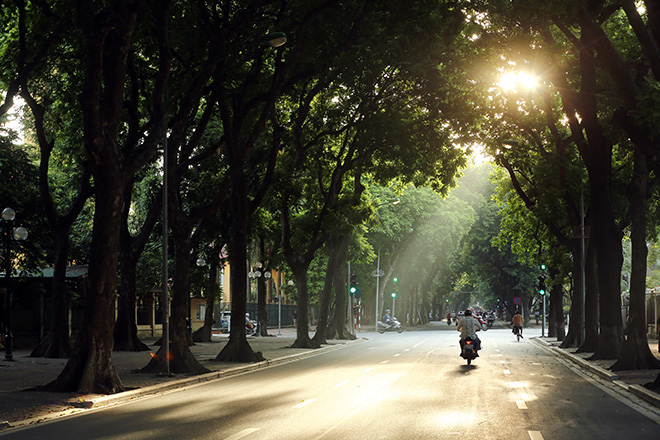 North begins to return to the sun and is still cold. Artworks

According to the National Meteorology and Hydrology Forecast Center, on January 22, cold air affected most places in the West of North Vietnam and parts of Central Vietnam. Wind northeast on land level 3, level 3-4 beach area.

In the Northeast region, there is little rain in some places, cold at night and bright with the lowest temperature of 12 degrees Celsius, high mountains where there is less than 8 degrees Celsius. 19 degrees C.

The weather in Hanoi today is not raining, during the day. Bright nights and cool skies with the lowest popular temperatures 12-14 degrees C.

The provinces of Da Nang to Binh Thuan in the North (Da Nang-Binh Dinh) currently have moderate rain, heavy rain, places with heavy rain; the south has several showers. The highest thermal background on that day is 30 degrees Celsius, at night it drops to its lowest point at 20-23 degrees C.

On the Central Highlands, a sunny day, there is some rain at night. During the day, the temperature is 30 degrees Celsius and decreases rapidly at night to only 16 degrees Celsius, cold.

On Nam Bo a sunny day with the highest temperature of 33 degrees Celsius, where HCM City is 33 degrees C and Can Tho is 32 degrees C.