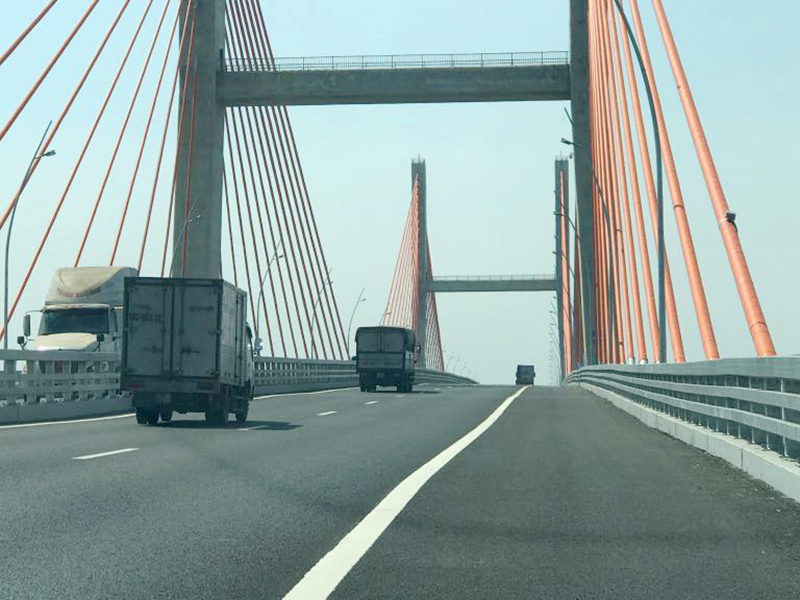 Regarding the driver's story that reflects traffic on the Bach Dang Bridge (Quang Ninh province) as "surfing" because surfing is widespread in the days of social networking, morning 7-11, Mr. Vu Van Dien, Deputy Chairperson of the Quang Ninh People's Committee, led a meeting between the authorities with the BOT Bach Dang Joint Stock Company to discuss the quality of bridges and find solutions.

At the meeting, Mr Dien said that the driver's response when joining traffic on the Bach Dang bridge was true because the surface of the ripple could be easily observed with the naked eye. "This investor must overcome after calculating a reasonable time, not because of the pressure of public opinion but not complete. Especially, consultants in the field of transportation (transportation) and construction plans after being approved by the authorities," he said.

Dang Hung, deputy director of the Quang Ninh Provincial Transportation Department, said that after press information about the status of the Bach Dang bridge, the Department coordinated with the authorities to inspect. This is a cable-fixed bridge with an automatic monitoring system. Tracks indicate that the bridge is not displaced, only "defective", but the deformation will soon be returned. From the results identified, the Department of Transportation has announced that the Bach Dang bridge is truly safe for exploitation.

Hung admitted that the Bach Dang bridge was not smooth and visible to the naked eye. Because the surface of the sidewalk has been found to need to compensate for around 157 m3 Asphalt, if added, it means loading 400 tons more on the bridge. And after the deliberations, the parties have agreed to the additional payments that have not been paid.

According to Mr. Hung, compensation for smooth surfaces before the time must be done. However, do it, then have to verify, design, accept in full. "It is wrong to correct, right, honey," said Hung.

As such, Mr Dien advised institutions that had verified the determination of stable technical factors to be monitored by automatic monitoring. To overcome surface roughness, investors and consultants must propose appropriate solutions and comments from experts to ensure that the load does not affect the quality of the bridge. After the plan is approved by the Ministry of Transportation, it will then be mobilized. 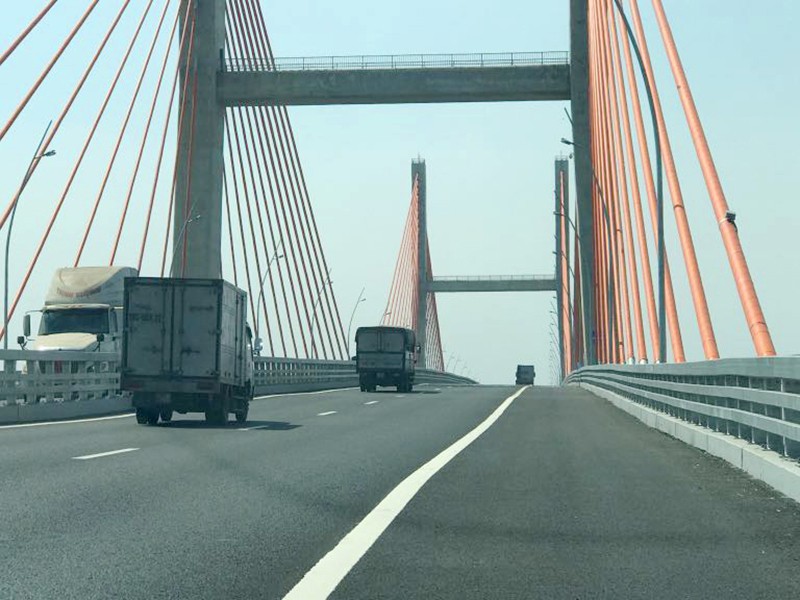 The Bach Dang Bridge is reflected in the driver when the traffic over the bridge. Image: DO HOANG

The excess is allowed?

Dr. Nguyen Huu Duc, JICA expert (Japan International Cooperation Agency), said that the surface conditions of the Bach Dang bridge were corrugated for various reasons such as design, construction and other impacts. "In principle, no one wants to make a wrong product," – said Dr. Duc, and this is the remaining cable bridge so the vibration is very large, so the fewer errors. To find out the maximum error in implementation requires professionals to do a thorough calculation.

Commenting on this issue, Dr. Nguyen Xuan Thuy, former Director, Editor-in-Chief of Transportation Publishing, also said that the statue appeared on the Bach Dang bridge beyond the permitted level. "The process of grafting a concrete block, determining a number of concrete surfaces when joining together, there is a difference in height (bending) of about 2 cm, this buckling is high compared to regulations" – TS Marine Analysis.

TS Further information about live cables, installation of beam sightings is rare, because cable stayed bridges require a very high technical level. "In the case of such a large river, the road extends as far as 5 km, if we create a slope, the waves are too large for the road to cause an accident," Thuy said.

In addition to the causes of block corruption to lead the surface swing, Dr. Thuy said: "There are other causes that can cause this as a design problem, the process when completed, the assembly process, the process of executing the beam on the bridge. In addition, the beam beam assembly process when the dragon is guaranteed according to the process? At a very high technical intersection, supervisors, technicians and consultants follow the process? The process of monitoring, urging, and reminding workers is also a problem. "