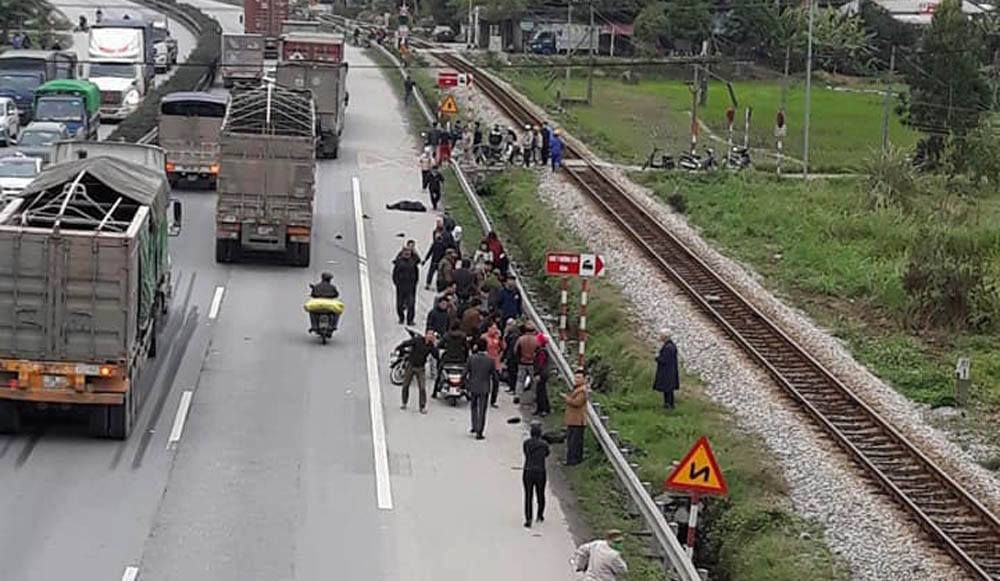 Traffic accidents cause 4 deaths and 18 injuries. Immediately after, the authorities tested the driver of the container driver who caused this major accident and identified drug-positive drivers.

Only 20 days later, on the afternoon of January 21, at km76 + 410, national road 5 (in the Kim Luong commune area, Kim Thanh district, Hai Duong), truck BKS 29C-71953 crashed into a group of people who visited the martyr's cemetery. caused 7 on-site deaths, 1 death while being hospitalized and 8 others injured.

Driver Luong Van Tam (28, native of Cao Bang) came to the police after causing this terrible TNG incident. Worth mentioning, the results of rapid tests at local medical facilities showed that the driver was positive for using drugs.

The problem of "sticky" truck drivers and container trucks makes public opinion even more urgent. The problem is not only determined by traffic accidents but also unexpected inspections of functional forces that detect many drug-positive drivers while driving and transporting activities.

In particular, the functional forces stopped and inspected the container truck 60C-204.61, followed by the address 60R-013.46 from Thien Tuan Loc Co., Ltd. with addresses at 30 Lot 9A – An Binh An Binh Residential Area-BH-DN due to financial problems Tran Van Tho driver (SN 1974, in Duc Trong district, Lam Dong province) is controlled.

After checking the documents, the working group asked the Tho driver to check the alcohol content but the Tho driver did not have an alcohol concentration in his breath. However, the police demanded a drug test, which produced a positive drug for the driver.

In the middle of this week, in Ho Chi Minh City, Truong Tho Ward Police, Thu Duc District worked with many related forces to continue administrative checks, rapid drug tests … for suspicious container drivers. use drugs to enter ports in the area.

As noted, only more than 10 times to stop drivers driving containers, functional forces found 4 cases of positive drivers for drugs. Even if there are vehicles rented by two business owners to walk alternately, both will be found using drugs.

In particular, the driver who was driving a 40-foot high container container tractor using three types of drugs at the same time, marijuana, narcotics drugs, and synthetic drugs.

On January 12 and January 13, functional forces examined around 50 drivers who drove containers in and out of the port complex in the Truong Tho ward and found 7 drivers were positive for using drugs.