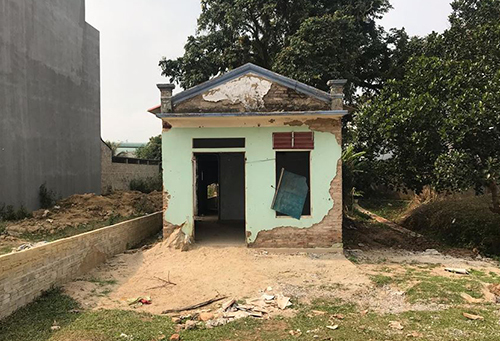 According to the Director of the Dien Bien Provincial Police Department, if Tran Thi Hien reported that his daughter had been kidnapped, not lost, saving the girl was "very simple".

On the afternoon of October 23, speaking with the press on the sidelines of the ongoing National Assembly session, Director of the Dien Bien Provincial Public Security Department Sung A Hong said that after 8 months of concussion, murder and coercion of female students gave chickens. On the eve of the Chinese New Year, the Bien Hoa Provincial Police Department completed an investigation, even though the suspects showed many "tricks". 9 suspects in this case have many verdicts, criminal records and drug addicts, some people will be reported after several months of arrest.

According to Mr. Hong, in the process of solving the case, the victim's mother, Ms. Tran Thi Hien, constantly complicates investigating agents. He was the first to learn that a girl was kidnapped by a group of addicts to pressure her because she did not pay drug money, but she did not tell the police honestly and "only told her that the girl had sent chickens and disappeared".

"When she met the investigators, her husband Hien and his eldest daughter knew the truth but did not provide information. This was a direct reason why the investigative agent could not save the female student. If Mrs. Hien provided information to her daughter who was abducted from the beginning for an investigation agent, I think very much simple to save the girl, "said Hong and said that until now Hien was still considered" still stubborn ".

According to the conclusion of the investigation, Because Van Toan sold two heroin cakes to Ms. Hien for 300 million VND 10 years ago but was unable to get money. After leaving prison, the Math team went to see Hien to get back the debt but failed. The team then hired Bui Van Cong and Vuong Van Hung for 50 million VND to kidnap Hien's daughter, Cao My Duyen (22 years), forcing debt.

Around 18h40 on 4/2 (30 Lunar New Year 2019), Cong and Hung ordered Duyen to send 10 chickens from the Muong Thanh market to the C13 area (Thanh Truong ward), about 7 km from the market. At the meeting point, when Duyen caught a chicken, Cong from behind used my nunch to strangle. The group took Duyen in the trunk of Cong's truck and took him to his home in the 11th team, Thanh Nưa commune, Điện Biên district. When accomplices take action, the Mathematics team quietly follows the motorcycle from afar.

When he succeeded in abducting the victim, Cong told Hung to bring 13 chickens, a motorcycle and a telephone to the victim. Hung then hid material evidence and gave the victim's cellphone to Math.

Mathematics around 8:58 p.m. on the same day Duyen's phone rang, he listened and asked to meet Mrs. Hien The team said he kidnapped Duyen and asked her to pay quickly. However, Hien refused to pay and threatened to report to the police.

On the afternoon of the 2nd Chinese New Year (February 6), female students were killed after being locked up and raped by drug addicts.

According to Math, on the morning of New Year 5 (February 9), Ny. Hien, after learning that his daughter was killed, rode a motorcycle to his house to curse. At present, no suspects have been arrested.

According to the conclusion of the investigation, Hien denied the statement of the group of suspects above. He confirmed that he did not know the defendant in this case and did not owe money to Math and Cong. When her daughter was kidnapped, she did not receive a call to ask for payment from Math. Ms. Hien said Duyen called many times not to pick up and almost 21 hours found the phone open but no one said anything.

Provincial police Dien Bien ruled that there was not enough reason to conclude that Hien knew that the group had kidnapped Duyen and did not handle the act of not condemning criminals.

In late May when the "chicken delivery girl" case was being investigated, Hien was arrested on the charge of being an important link in the large drug trade chain at Dien Bien. He is currently being sued and detained in another case.