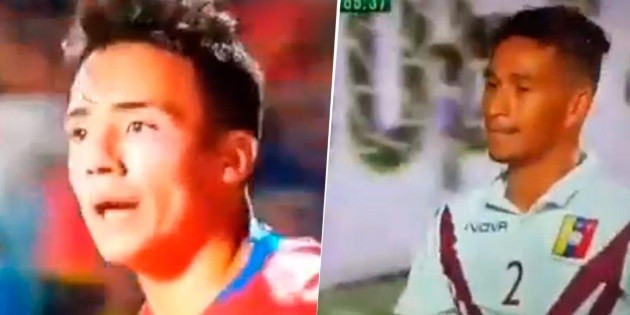 Chile is the host country of the South American U-20 Tournament which provides a place for qualifying for the World Cup in Poland.

However, locals seem to have been accepted today as a bad host. Besides losing two presentations, the attitude of one of the players in the match against the Venezuelan national team went viral for a sad reason as soon as the match ended.

The protagonist of the video is Nicolás Díaz, central marker Red and Paulo's brother, the Al Ahli defender intended by River Plate in the current market.

When intercepted by cleanliness by Pablo Bonilla, from The Vinotinto, Defender wakes up annoyed and calls twice "starving" for their partners.

The young man, instead of responding aggressively, taking into account the socio-political context that your country is experiencing, he just smiled and raised his thumb with a gesture that described him as a real man. Total crack!