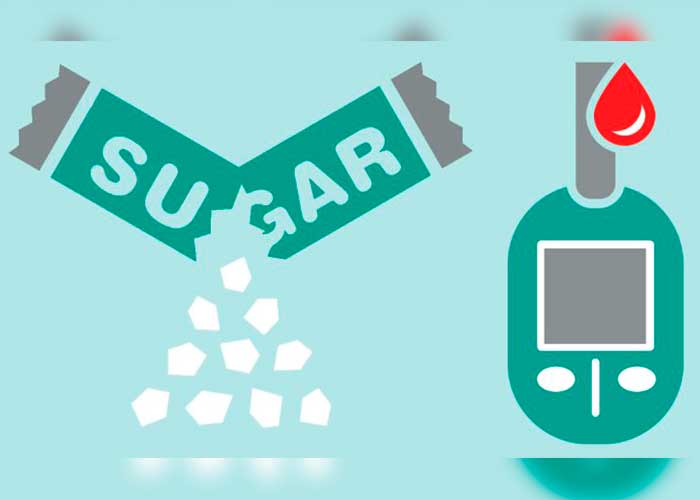 
One in four people who live with diabetes diabetic foot, a condition that if not handled properly causes disability and in extreme cases can cause death, he said. Efe the doctor Kingdom of Karina.

"People who suffer diabetes often get to this complication because they don't have good control disease; in fact, only one in four of their glucose controls is good, "said nephrologist at Civil Hospital of Guadalajara.

In fact, it shows that 85% of amputations that occur worldwide are related to diabetes.

In Mexico, according to the World Health Organization (WHO), around 12 million people live with diabetes.

Reinoirte explained that of those who amputated and had diabetes, 7 out of 10 died after five years of amputation, and if the patient also suffered from Chronic Kidney Disease and underwent dialysis his life expectancy was 2 years after losing his limbs.

"This pretense, known as neuropathy, causing thinning of the skin and loss of sensitivity, which does not allow the pain of the pain to be felt, along with a decrease in circulation, which predisposes to slow healing, "explained the specialist.

When the wound does not close, he said, it is very easy to become infected and become ulcer, which when grown can become deep and affect the tendons and bones that cause it osteomyelitis.

Your interests: Don't protect your baby too much, you can cause this disease

"The osteomyelitis even more complicated to treat and increase risk gangrene and amputation"said the expert.

According to 2016 National Health and Nutrition SurveyOnly two out of every 10 Mexican adults with diabetes underwent a foot examination last year; while one in 10 patients diagnosed is presented boils as complications diabetes.

In addition, four out of 10 diabetics reported pain or loss of sensation in their soles and two out of 10 could not walk more than six minutes without feeling tired.

Because of this, the pharmaceutical PiSA Biotechnology today launched biotechnology drugs which helps reduce this risk suffering.

The expert explained that this drug, combined with conventional therapy, has been tested in more than 350,000 patients in a total of 25 countries around the world and has shown that it shortens time scar tissue from wound.

"This reduces the recovery period and improves the quality of life of people who suffer from complications on their feet because of diabetes"he said.

He explained that ulcer It took six months to close, when this drug was used, the period was reduced to four or less months.

Reinoirte said that among the main causes of suffering diabetic foot poor circulation, skin thinning and neuropathy or nerve damage.

He noted that it is important to keep feet well to prevent them complications.

"You also have to examine your feet, clean them with neutral water and soap, dry them well after bathing, apply cream or oil every day, besides going to a podiatrist and choosing the right shoes," the expert concluded. EFE is an information company that covers all areas of information on press, radio, television and news media. Spread the volume of 3 million news per year to more than two thousand media outlets through a network of more than three thousand journalists from 60 countries. It operates 24 hours a day from at least 180 cities in 110 countries and with four editing tables in Madrid, Bogotá, Cairo (Arabic), and Rio de Janeiro (Portuguese). TN8.tv from Nicaragua get service from this important news agency