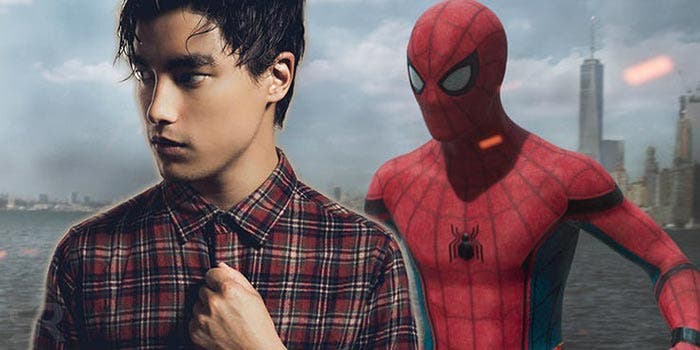 With up to three new films throughout the year, these are the 11 new characters from Marvel Studios that we will meet during 2019.

2019 is one of the extraordinary years for Marvel Studio, with three films on the way (& # 39;Captain Marvel& # 39;, & # 39;Avenger: Endgame& # 39; & & 39;Spider-Man: Home away from home& # 39 ;, in that order) and many new things and unexpected surprises. For that, thank you to our colleagues at Screen rant, we will tell you who are the 11 new characters (and actors) who joined the universe of the most successful superhero films of all time. Go, little one, wait for all of us, family!

The most awaited Captain Marvel will be presented in a few months in his solo film, and then become one of the keys to final victory thank you on & # 39;Avenger: Endgame& # 39; There is a lot of hope with him!

As known as Minerva, this geneticist Kree will be a very important character in & # 39;Captain Marvel& # 39;

We still don't know if that will happen Mar-Vell or in the end it will give life Yon-Rogg. What is clear is character Judas Law will not go unnoticed in the film or on cinematic shared universe from MCU.

Known as Talos is Untamed in the original version, Ben Mendelsohn will be the actor who will give life to one of the great villains Skrull on & # 39;Captain Marvel& # 39; A ferocious warrior that will delight all fans on the big screen.

Known for having shared stars & # 39;Talented& # 39; Together Chris Evans, McKenna Grace will play young Carol Danvers in a flashback that will tell the story of the origin of the superhero. In addition, this is not the first time the actress has made a younger version of another actress, because in & # 39;Yo, Tonya& # 39; Play the teen version of Tonya Harding, the character is played by Margot Robbie.

This practically unknown actor later Att-Lass, a fancy secondary in the film starring Brie Larson. He has worked before with the director & # 39;Captain Marvel& # 39 ;, Anna Boden and Ryan Spots, in drama & # 39;Sugar& # 39;

WHAT WE HAVE TO SEE IT MORE, WAIT IT!