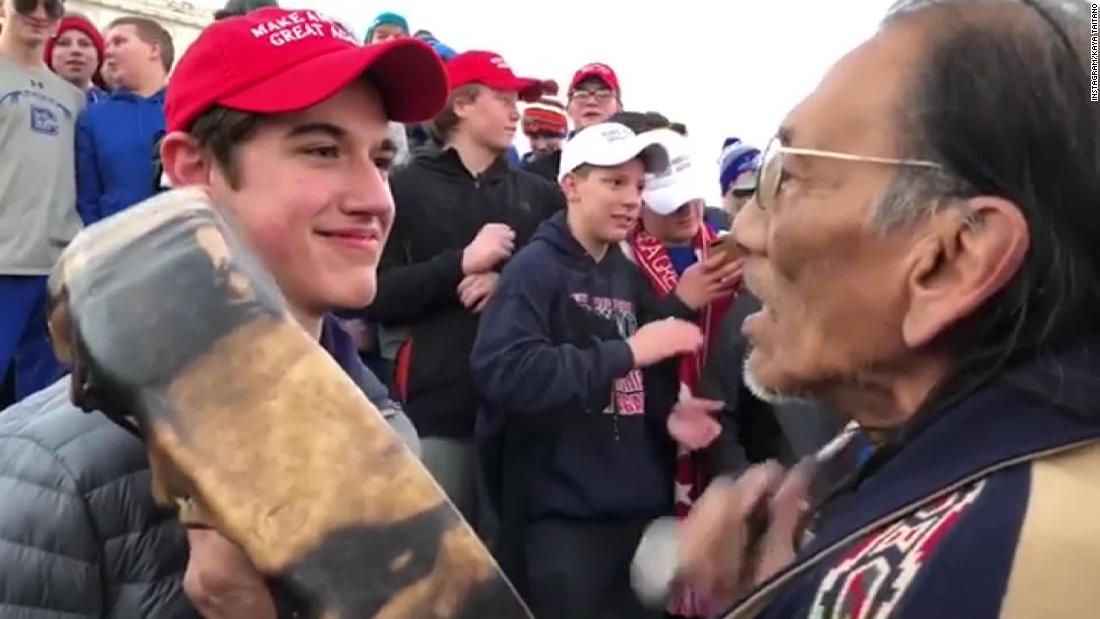 On Monday, Sanders said officials at Covington Catholic Middle School in Park Hills met with local law enforcement to make plans to ensure student safety. Sanders told CNN that the action was carried out after threats to the school and several students after the incident recorded on a viral video during the weekend at March for Life in Washington.

"After meeting with local authorities, we made a decision to cancel the school and close on Tuesday, January 22, to ensure the safety of students, teaching staff and our staff," said a letter from the principal Robert Rowe posted. on the CNN affiliate website, WKRC.

"All activities on campus will be canceled all day and night. Students, parents, teachers and staff may not be on campus for any reason. Please continue the Covington Catholic Community in your prayers," Rowe wrote.

Other schools in the area were also closed due to bad weather, and Covington Catholic did indeed appear on the WKRC school closure list. But the weather is not mentioned in the principal's statement.

The decision to cancel the school came a few days after a group of Covington students, many wearing Make America Great Again hats, confronted Omaha tribal elders Nathan Phillips during the annual school trip to March for Life to rally in Washington.

Phillips said he was there for March Indigenous People. When he saw an increasing situation between students and other groups, he decided to step between them, leading to a fight with one student.
The student in the video, Nick Sandmann, denies characterizing his classmates and classmates and says that he only stands in front of Phillips to tell him that he will not be fed into a fight.

A second video appeared on Sunday showing another group, which identified itself as a member of Hebrew Israel, denounced students with disparaging and vulgar language before meeting Phillips.

In a separate letter to parents, Rowe said an independent third-party investigator would examine the incident.

The American Indian Movement Chapter from Indiana and Kentucky held a "peace warning to call for an end to racism" on Tuesday morning in Covington diocese.

"We are here to have a dialogue with the diocese, asking them to hold the accompanying people accountable," Thomas Pearce, the group's joint chairman, told CNN in vigil. "That should never have happened in the D.C. If the companions do their work, that will never happen."

Pearce said the diocese had not responded to the group's request to meet. CNN has reached out to the diocese and hasn't heard from it.

"We fix the problem by sitting and talking to each other and working for a common goal," said Jones, who lives in Dayton, Ohio, and is part of the Greater Cincinnati Native American Coalition.

"That's what we're looking for. Let's find a common ground that we can all work together and make things better."

Darran Simon, Holly Yan, and Janet DiGiacomo from CNN contributed to this report.