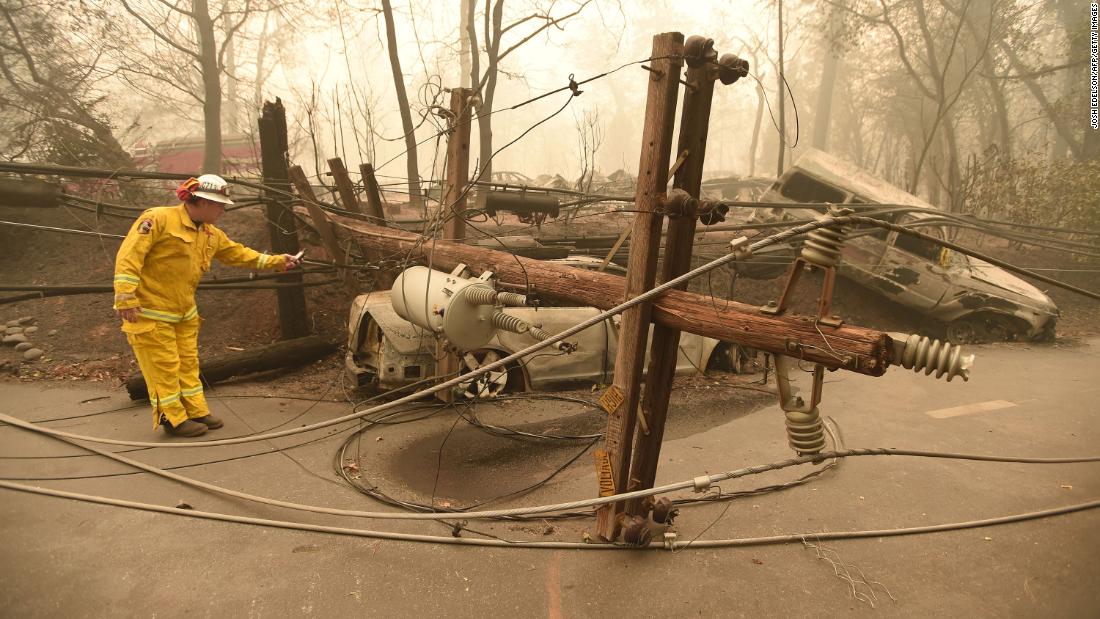 In a court filing, Judge William Alsup of the US District Court for the Northern District of California said electric utilities must also explain whether "reckless operations or maintenance of PG & E power lines" triggered forest fires and answered additional questions about the safety of power lines and forest fires. .

The company has until December 31 to submit written answers to federal officials, the document stated.

The order came a few weeks after PG & E revealed in a filing regulation that it was "disrupted" on a transmission line in Butte County about 15 minutes before the Camp Fire occurred on November 8.

In a statement, PG & E spokesman James Guidi said the company was aware of court filings.

"There is nothing more important than the safety of our customers, employees, contractors, and the communities we serve. We are aware of court notices and are currently reviewing. We continue to focus on infrastructure assessment, restore strength safely if possible, and help our customers recover and rebuild, "he said.

The company is currently on probation after being found guilty of several charges, including a justice barrier, after a section of the PG & E pipeline exploded in San Bruno, killing eight people and injuring more than 50 others. The explosion destroyed 37 houses.

After the incident, the company was fined $ 1.6 billion by regulators, paid hundreds of millions of claims for victims and families of victims, replaced hundreds of miles of pipes, installed new gas leak technology and implemented nearly a dozen recommendations from the National Transportation Safety Agency.

Last year, the utility was sentenced to five years probation, and ordered to pay a $ 3 million fine and run television advertisements and newspapers "publicize the nature of the violations committed," according to court documents.