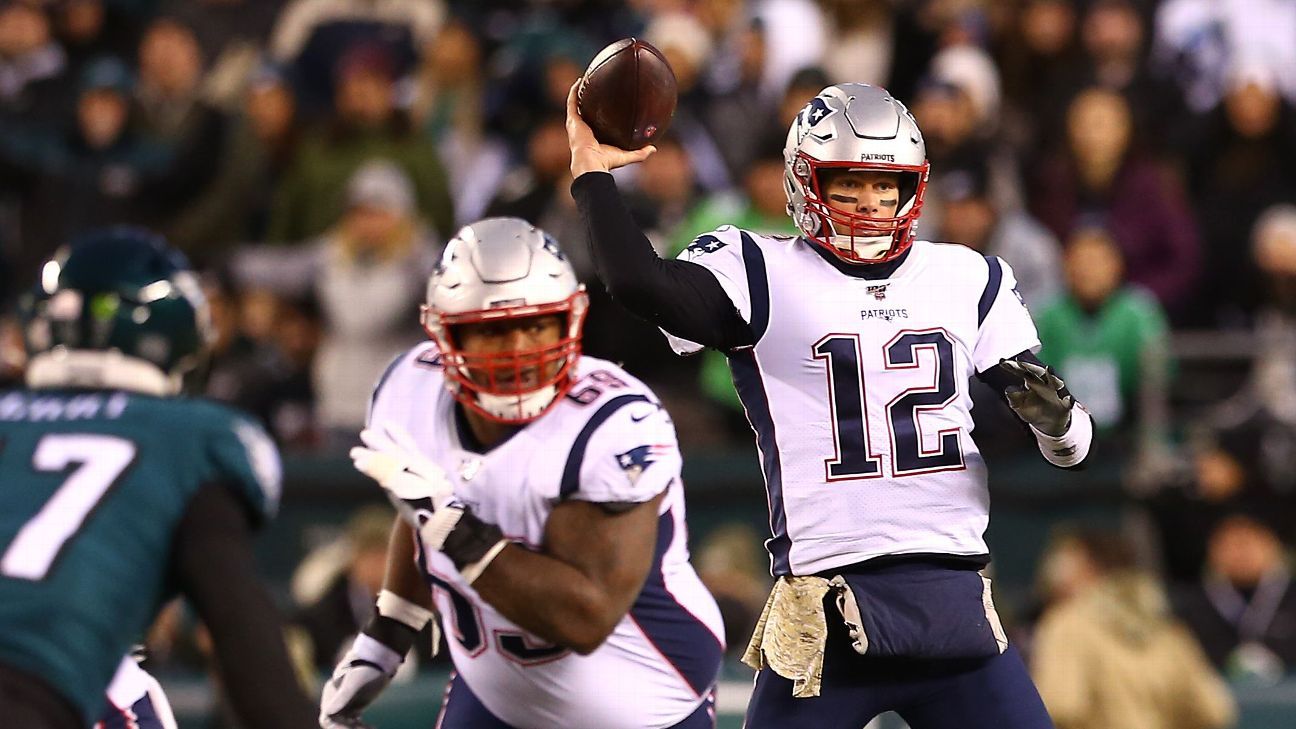 FOXBOROUGH, Mass. – New England Patriots quarterback Tom Brady acknowledged his disappointment with the team's breach Monday morning, which helped explain why his media session after the 17-10 team victory over the Philadelphia Eagles felt more like it had happened after the defeat.

"It's just frustration with violations; we are trying to crush them. I'm glad we won on the road, but at the same time, I just hope we will score more points," Brady said on "The Greg Hill Show" on WEEI sports radio . "We must find out how we can fix our problems as best we can."

This game marks the first time in 20 years of Brady's career that he played from beginning to end and did not lead the Patriots in goal operands, according to ESPN Statistics & Information. The only touchdown to pass the Patriots was thrown by receiver Julian Edelman in the third quarter.

Brady was very sad after the match, with his media session lasting only 1 minute, 40 seconds. He said he was tired after playing three hours, but let Monday morning that displeasure with violations was also part of it.

"Sounds crazy, we are still rather new; become acquainted with each other because of violations," Brady said on the radio program, while also praising the Eagles defense.

Brady finished 26-from-47 for 216 yards against the Eagles, and he will have a touchdown pass if Edelman doesn't drop an attack in the final zone in the second quarter.

Brady's reference to several personnel about violations of getting to know each other came as a wide recipient of N 'Keal Harry, the 2019 first round draft draft from Arizona State, making his debut on Sunday (32 photos, 3 catches, 18 meters) after opening the season on injury reserve.

Matt LaCosse's tight end, which has missed five matches this season, returned from a knee injury on Sunday. Also, tight end veteran Benjamin Watson missed the first four games of the season while serving NFL suspensions, released by the team afterwards, and then re-signed; he has played in the last four matches.

In addition, veteran recipient Mohamed Sanu was acquired in trade at the end of October and has played in the last three matches, while 2018 first round retainer Isaiah Wynn is eligible to come out of injured reserves and play Sunday's home game against the Dallas Cowboys.

The Patriots naturally lost tight pensioner Rob Gronkowski, and have adjusted after putting wing-back James Develin and midfielder David Andrews in reserve who were injured earlier in the year.

"I just hope we play better," Brady said in a radio interview. "We have to do it. I'm not thinking about talking about it. It's about doing it and trying to get the best we can from our violations, and see if we can be more productive and score more points."