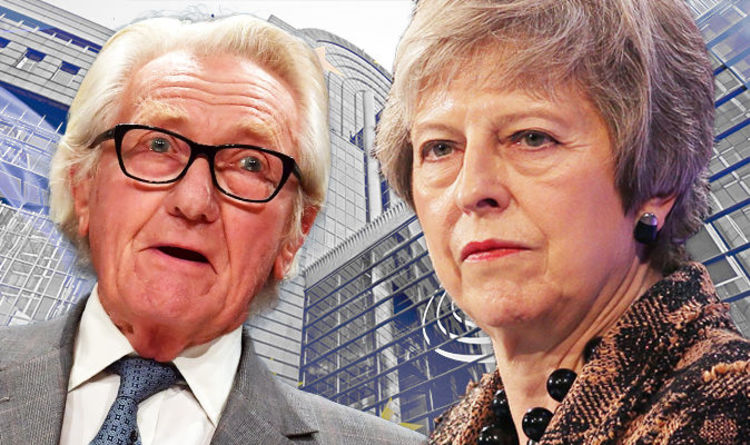 Negotiators felt that the agreement was ruled out by Mrs. May and signed last week have their own advantages for the EU when talks about future trade arrangements are underway. Martin Selmayr, controversial European Commission civil servant is said to have told the EU ambassador: "Power is with us!" His comments were reported as the Government prepared to begin an analysis of the economic impact of Brexit on the British economy.

Downing Street said the letters would include "various scenarios" when the Prime Minister tried to suppress his case that the agreement was the only way to protect jobs and investments while avoiding rest chaos without agreement.

Financial analysis is expected to conclude that Britain will be far better under the provisions of the controversial Mrs. May agreement with Brussels than if facing irregular Brexit with a pause there is no agreement.

Ministers also agreed to publish their assessment of the impact on the economy if Britain remained in the EU, because it was faced with the prospect of a destructive Commons defeat if they refused.

Mrs May will deny the agreement offers the prospect of "unprecedented economic partnership" with the European Union after Brexit.

Theresa May is under pressure from her Brexit agreement (Image: GETTY)

While Mrs May continued to appeal directly to voters in support of her plans, some questioned whether she would not be better off staying at Westminster trying to win MPs who would decide whether to support the agreement in the vote on December 11.

With a number of Tory lawmakers publicly declaring that they would vote against the agreement, and Labor and other opposition parties were also vehemently opposed, ministers had admitted that parliamentary arithmetic was "challenging".

SCROLL DOWN FOR DIRECT UPDATE

8.36am update: Hammond acknowledges Brexit will harm the British economy

Chancellor Philip Hammond has admitted "in purely economic terms" Britain will be worse under all possible Brexit results.

He told Sky News: "If you only see economic benefits, yes there will be costs to leave the European Union."

His comments came ahead of the publication of an analysis of the impact of Theresa May's Brexit agreement by the Ministry of Finance and the European Union Exit Department.

Hammond said: "This will show that the exit & # 39; no agreement & # 39; will have a much higher impact on the economy than the agreement negotiated by the Prime Minister."

Chancellor said that in any scenario, in the "pure economic sense" Britain would be worse than if it remained in the European Union, because going out would create "barriers to our trade".

Chemical giant Ineos said it was supporting an EU withdrawal agreement proposed by the government.

The company, which runs the large Grangemouth site in Scotland, said the agreement that provides frictionless trade between Britain and the European Union while giving Britain the freedom to develop long-term global trade relations would advance the economy.

It said the withdrawal agreement creates a "reasonable" transition period that must allow both parties time to develop long-term agreements.

Chairman Sir Jim Ratcliffe said: "I am not keeping the fact that, while I have long supported the concept of the Common Market in Europe, I have never felt comfortable with the concept of unity which is getting closer.

"The Brexit agreement that moves us closer to the open European market has my full support.

"The Government's withdrawal agreement is a pragmatic and reasonable arrangement to allow the final negotiations to take place and the political agreement outlined moves us to the long-term position that I will support."

Veteran lawmakers say the public needs to know whether Brussels has a veto over Britain leaving backstop arrangements in Northern Ireland, saying if so we would "never be able to leave the European Union".

Downing Street was reluctant to comply with the motion of the House of Commons approved earlier this month and ordered them to release all advice given to the Cabinet by Attorney General Geoffrey Cox.

Asked whether the cut off version of the publication, known as a "plausible political statement", would be enough for him, Sir Bill said: "Well, that doesn't look like that.

"This position, in a nutshell, will be a question whether the EU has veto rights over us leaving the backstop in Northern Ireland.