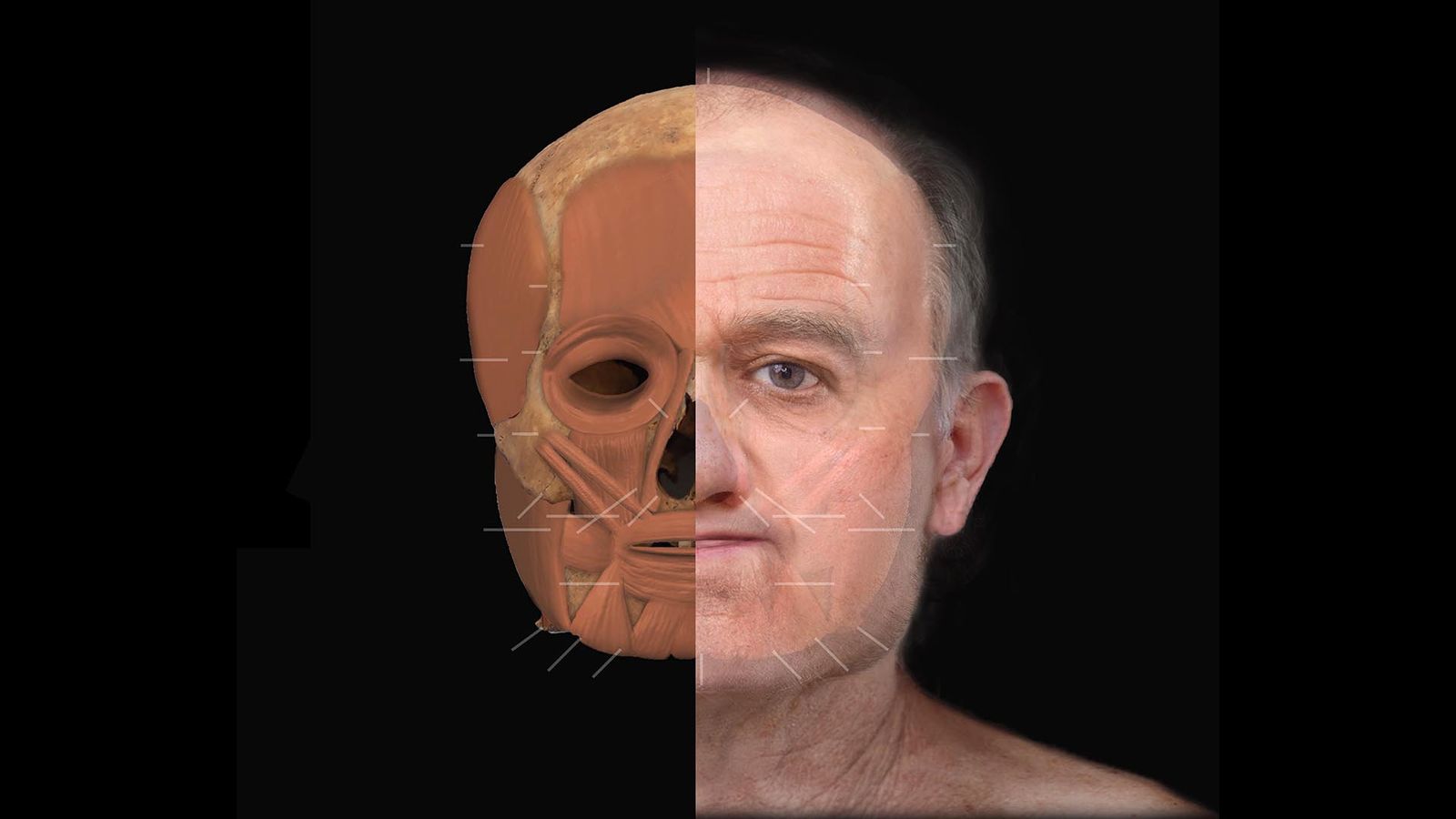 The face of a medieval man has been reconstructed from a skeleton buried more than 600 years ago.

The bones that were discovered during the rebuilding of the Aberdeen Art Gallery in 2015 – were used together with facial reconstruction technology to help experts describe what life in the Middle Ages was like.

Their work has been dubbed Skeleton 125, or SK 125, which is estimated to have been at least 46 years old, between 5ft 2in and 5ft 5in, and has extensive dental and joint disease.

Researchers at the AOC Archeology Group say evidence suggests that the man is not a native of Aberdeen, but may have spent his childhood in the northwestern plateau or Outer Hebrides off the west coast of Scotland.

His remains date back to the time of the Blackfriars Dominican Friary, which is believed to have been erected at some point between 1222AD and 1249AD.

This discovery caused the rebuilding of the gallery, which is more than 130 years old, to be suspended.

Dr Paula Milburn, from the archeology group, said: "SK 125 has given us an interesting first glimpse of one of those who was buried at the Aberdeen Art Gallery site more than 600 years ago.

"The ongoing post-excavation work is examining the body in detail and will provide us with amazing information about the types of people buried here, including their age, sex, health, and lifestyle."

Dozens of other full skeletons were also found at the site, but not yet reconstructed like SK 125.

After waiting for four years, the Aberdeen Art Gallery will reopen on Saturday 2 November.

Working to change the place cost £ 36.4 million – the largest investment since it opened in 1885 – and includes building repairs, new galleries and new exhibitions.

VisitScotland expects it to attract around 250,000 visitors each year.