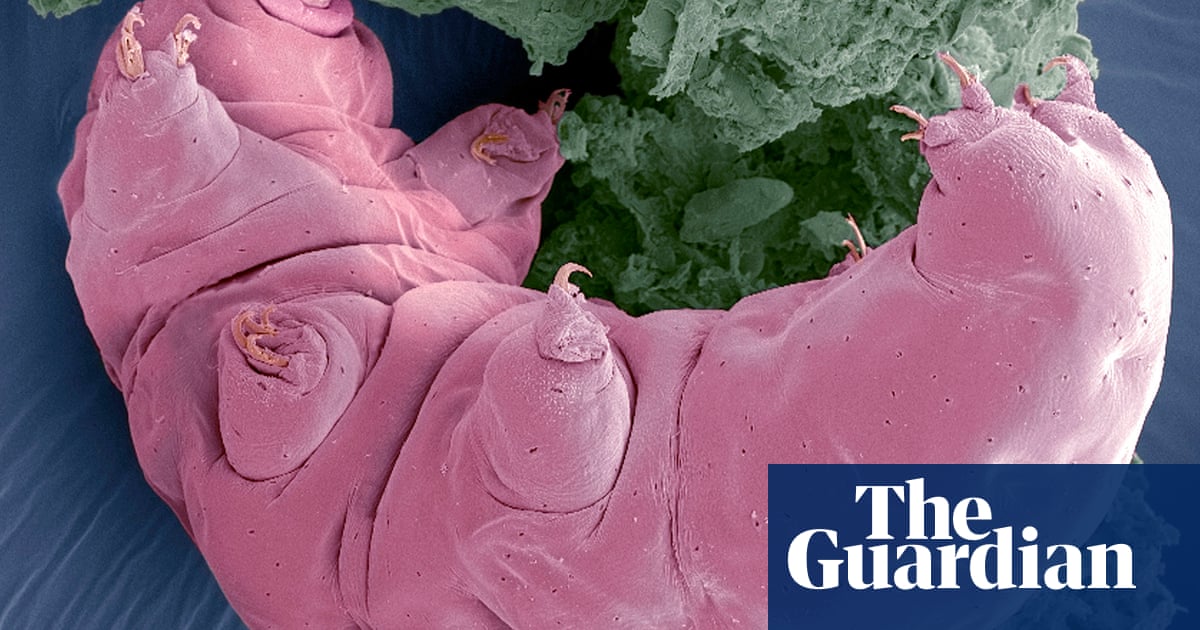 Scientists have found tiny ancient animal remains on Antarctic lakes that have been lying undisturbed for thousands of years under a kilometer of ice.

The transport shocked dead crustaceans and tardigrades, also known as "water bears" or "pig moss", made by US researchers on a rare mission to drill a subglacial Mercer lake located nearly 400 miles from the south pole.

David Harwood, a researcher at the University of Nebraska-Lincoln and a member of the Salsa expedition (Subglacial Antarctic Lakes Scientific Access), told the journal Nature that finding small animal carcasses – ranging in size from 0.1 mm to 1.5 mm – "is completely unexpected ".

The scientists made the discovery when they examined the mud eroding the instruments they had lowered into waters as cold as the lake. As expected, the mud contained remnants of photosynthetic algae that lived and died in the area millions of years ago when Antarctica was much warmer.

But the mud also contains the bodies of other newer creatures. The researchers found eight-legged tardigrades, a speckled shell of shrimp like shrimp with legs dangling from there, and the second skin still full of fine hairs. What initially looked like a worm in the mud turned out to be a plant or fungus tendril.

Aware that the creature might have polluted other equipment, the scientists cleaned up their equipment and dropped it to the lake once more. When they picked it up and analyzed the mud for the second time, they found more of the same remains.

It is not clear how the organisms are in ice-covered lakes, but scientists believe they might live in ponds and adjacent waterways during warm periods when glaciers retreat 10,000 or 120,000 years ago.

One possibility is that the creatures were swept into the lake through a river under the ice. Or, they might be brought in after being trapped at the bottom of the glacier that breaks the boundary.

Martin Siegert, co-director of the Grantham Institute for Climate Change at Imperial College and head of the Lake Ellsworth Consortium, a British project that aims to explore subglacial lakes under western Antarctic ice, said it was a "beautiful discovery".

He said: "This suggests that life might exist in a more complex form than previously thought under the great ice sheet in Antarctica."

Siegert said there was still a lot of work to be done to determine whether the organism had been doused into the lake from upstream – indicating that there was life under Antarctic ice – or from the sea, or other routes. "Each will be interesting," he said.

Sandra McInnes, an expert in tardigrades at the British Antarctic Survey, said: "If they can get DNA from these remains, it will be fantastic."

If the tardigrade DNA matches the species that live today, scientists would suspect the animal was brought to the lake with contaminated drill equipment.

But DNA may be much older and show ancient relatives of modern species. Genetic analysis can also confirm whether it's a sea or land creature, McInnes said.

So far, nothing has been pulled alive from the subglacial Mercer lake. With so much ice over your head, too little light can reach water to support organisms such as photosynthetic algae.

But Byron Adams, a researcher at Brigham Young University in Provo, Utah, told Nature that he still hoped to find something that had been erected on the lake. "You may still be able to find living things," he said.