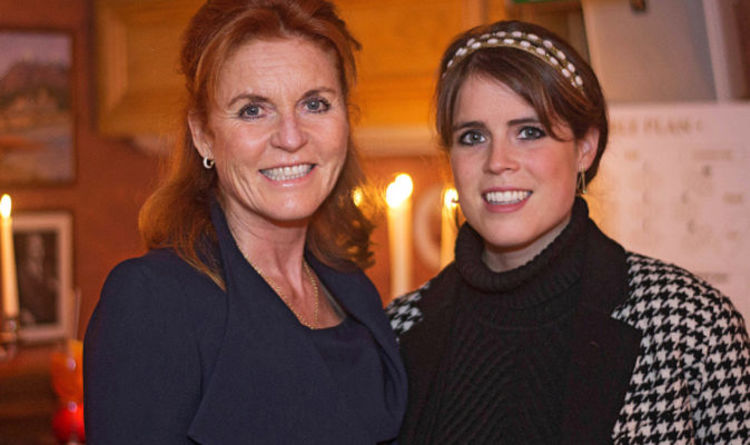 The Duchess of York, 59, made a speech at Kensington Palace this weekend which saw her celebrate the 10th anniversary of her very own charity Street Child. The flame-haired ex-wife of Prince Andrew said: "She had scoliosis. In other countries that are asylum and locked up. "Eugenie, 28, was diagnosed with the illness aged 12 and had ground-breaking surgery to correct the curve in her back. She has praised the work of surgeons at The Royal National Orthopedic Hospital, saying: "During my operation, which took eight hours, my surgeons inserted eight-inch titanium rods into each side of my spine and one-and-a-half inch screws at the top of my neck.

"After three days in intensive care, I spent a week on a ward and six-day wheelchair, but I was walking again after that."

Just last month Jack Brooksbank at her royal wedding to wine merchant, Eugenie proudly showed off her scar from the surgery by wearing a dress that revealed the mark on her back.

The long scar ran from her neck down the center of her back.

Recalling the day, the Duchess of York said: "I was never more proud to see my tall, beautiful, upstanding daughter full of courage."

And discussing the Eugenie's 2002 diagnosis, Sarah told the Mail on Sunday: "We thought it was small but it was mammoth.

"Her bones were oscillated to such a degree that she reached 18 she would have been a hunchback. It was horrendous. "

In June, Princess Eugenie shared a post of her X-rays on Instagram for International Scoliosis Awareness Day.

She said: "Today is International Scoliosis Awareness Day and I'm very proud to share my X rays for the very first time.

"I also want to honor the incredible staff at The Royal National Orthopedic Hospital who work wirelessly to save lives and make people better."

She added: "They made me better and I was delighted to be their patron of the Redevelopment Appeal."