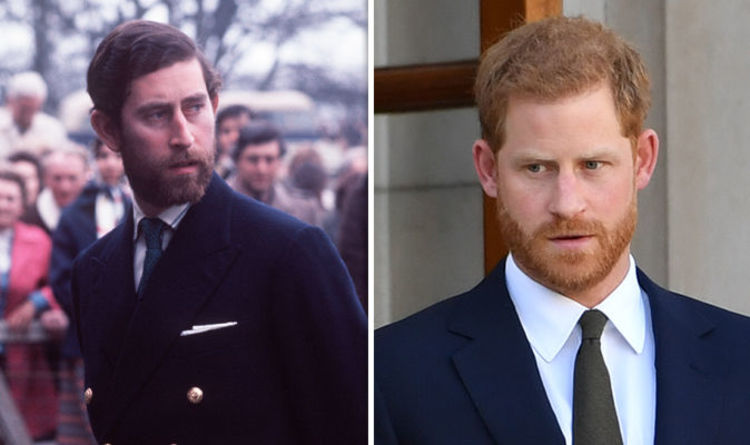 In a photo taken on the Badminton Horse Test in May 1976, Prince Charles looks very much like his son, Prince Harry. The image, shared on the Royal Family social media account, shows Charles, who is 27 years old. The Prince of Wales is seen wearing a two-breasted navy coat and beard.

Royal fans were left laughing out loud at how many of the Prince looked like that.

One fan posted: "He looks very similar to Prince Harry."

While others say: "Look at a photo of Prince Charles when he is younger. You really can see it on Prince Harry.

Others wrote: "The look of a beard is Prince Harry to T."

The image is part of the selection of images shared by the Royal Family to mark Prince Charles's 70th birthday on Wednesday.

The Queen said in a speech at Prince Wales' 70th Birthday Party: "It is an honor for any mother to be able to toast her son on his 70th birthday.

"That means you have been around long enough to see your child grow up."

"It's rather like-to use an analogy that I'm sure will find goodness – plant trees and can see them grow."

"My mother saw me as 70 years old, of course. And he was heard to observe that 70 is the exact age when the number of candles in your cake finally exceeds the amount of breath you have to blow it. "

His Majesty described Prince Charles as "passionate", "creative" and as "a genuine duchy".

Young photos of the Duke of Sussex and Duke of Edinburgh caused dozens of comments after sharing them on Instagram.

Jackson said he was shocked by the similarities between Harry's latest photo, 34, and the cover of a 1957 magazine featuring Prince Philip, who was 36 years old at the time.

Prince Philip wears the same clothes as his grandson wearing an ANZAC memorial in Sydney during a royal tour last month.

While the other said: "I think it's Harry for a second."