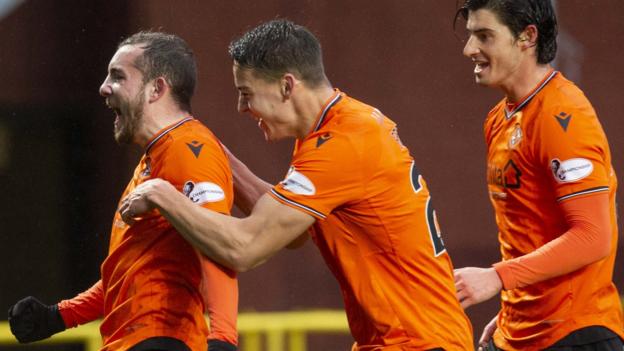 Dundee United took command of the Scottish Championship, opening a nine-point lead at the top after a win over Queen of the South.

With Lawrence Shankland absent in international duty, Paul McMullan and Nicky Clark stepped in the first round to get Robbie Neilson's team on course for a fifth successive win.

Sam Stanton added a beautiful third after the break when United moved nine points from Ayr United, with Dundee three back and Inverness Caledonian Thistle one more adrift.

The results are rarely doubted, because league leaders depart with outside intentions.

Stanton and Clark both fired before Queens center-back Lee Kilday had to be replaced and, as the visitors adjusted, McMullan calmly converted Louis Appere's feedback.

Queens attacks are rare – although Connor Murray has an effort disallowed for being offside – and United doubled their lead just before the break when Clark made use of McMullan's pass to finish it.

Four minutes into the second half, the contest ended when Stanton took a throw-in and dribbled before beating the keeper easily.

McMullen almost made it to four but United were content to win which continued their steps towards the Championship title and promotion back to the top flight.

Dundee United head coach Robbie Neilson: "I am very happy, especially with the performances in the first half. I think we started with a lot of energy and created many opportunities.

"Winter is when you win the title – December, January and entering February when the pitch is not good, the training can be difficult. The rain is windy and you just have to keep taking points."

Queen of the South Manager, Allan Johnson: "I think we made it quite easy for them with the goal we beat – not with the general game because there isn't much between the teams.

"Goals changed the game and they were really poor from our perspective. We gave three goals but apart from that I don't think they created that much."