Cancer research: Scientists seek clues to how disease is born 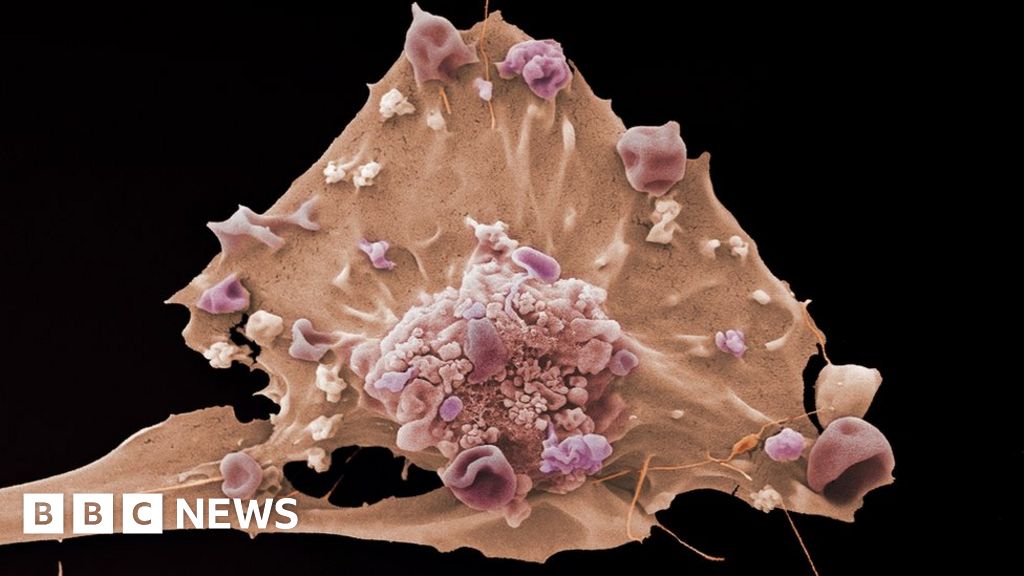 British and American scientists are teaming up to search for the earliest signs of cancer in a bid to detect and treat the disease before it emerges.

They plan to "give birth" to cancer in the lab to see exactly what it looks like "on day one".

It is just one of the research priorities of the new International Alliance for Cancer Early Detection.

Working together on early detection of cancer will mean patients benefitting more quickly, it says.

Cancer Research UK has teamed up with the Universities of Cambridge, Manchester, University College London, and Stanford and Oregon in the US, to share ideas, technology and expertise in this area.

Together, scientists are aiming at developing less invasive tests, such as blood, breath and urine tests, for monitoring high-risk patients, improving imaging techniques for detecting cancer early and looking for virtually undetectable signs of the disease.

But they admit this is "like looking for a needle in a haystack" and could be 30 years off.

"The fundamental problem is that we never get to see a cancer being born in a human being," says Dr. David Crosby, head of early detection research at Cancer Research UK.

"By the time it's found, it's already established."

Researchers from Manchester, for example, are growing human breast tissue in the lab with synthetic immune cells to see if they can spot the very earliest, subtle changes that could lead to cancer.

Prof. Rob Bristow said it was akin to a "living tissue bank outside patients".

Yet there is always the danger of over-diagnosis, because not all early cell changes turn into cancers.

So the cancer researchers say they must be more precise, also look at the genes people are born with and the environment they grow up in, to work out an individual's unique personal risk of different cancers.

Only then will they know when to intervene.

To date, scientists say research on early detection has been small-scale and disconnected, lacking the power of trials in big populations of people.

Dr Crosby said the collaboration would "induce a sea-change in our health systems, shifting it from expensive firefighting of late-stage disease, to being able to intervene at its earliest point and deliver rapid, cost-effective treatment".

Figures show that 98% of breast cancer patients live for five years or more if the disease is diagnosed at stage 1 – the earliest stage – compared to just 26% at stage 4, the most advanced stage.

But, at present, only about 44% of breast cancer patients are diagnosed at the earliest stage.

In the UK, screening programs exist for breast, bowel and cervical cancers, when people reach a particular age.

However, there are currently no reliable screening tools for other cancers, such as pancreas, liver, lung and prostate, which means survival rates are often much lower.

Prof. Mark Emberton, from UCL, said the growth of imaging, such as MRI, was a "silent revolution" which could replace needles, used in biopsies, in the diagnosis of prostate cancer.

"Imaging only sees the aggressive cells, it overlooks the stuff you don't want to find and addresses over-diagnosis," he said, but he warned it was expensive and took time, and was "not ready for prime time yet".

More accurate hyper-polarized MRI scans and photo acoustics, where laser light is delivered to the tumor, creating sound waves which are analyzed to produce images, are the next advances being tested in imaging.

Prof. Emberton said the next goal was to see which cancers lent themselves to this type of imaging.

At the University of Cambridge, Prof. Rebecca Fitzgerald is developing an advanced endoscope to detect pre-cancerous lesions in the food pipe and colon.

She said early detection hadn't been given the attention it deserved, and some tests for cancer could be very simple and inexpensive.

Prof. Fitzgerald said he looked forward to working with international colleagues to take the idea "all the way from the bench to the bedside".

Cancer Research UK is investing £ 40m in the International Alliance for Cancer Early Detection over the next five years, with $ 20m being contributed by the Canary Center at Stanford University and the OHSU Knight Cancer Institute in Oregon.