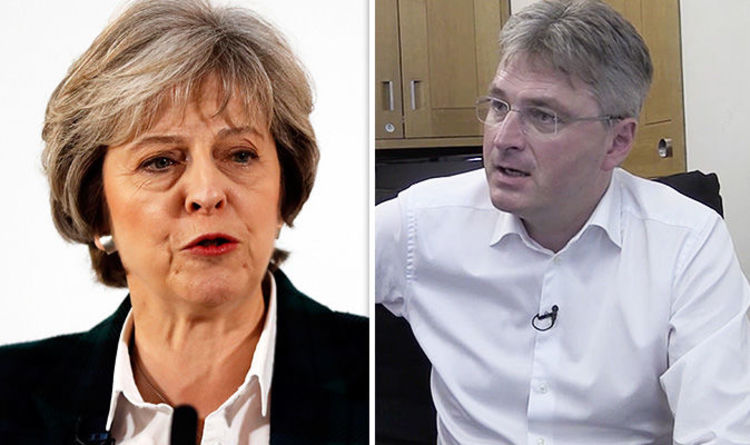 Brexit supports MP Daniel Kawczynski criticizing the European Union and says he does not "hold much hope" that an "innovative and attractive" Brexit agreement will be offered.

Speaking to Express.co.uk, Mr Kawczynski said: "So far, they have just rejected things that the Prime Minister himself has come and that is why I think we have the potential to inch towards the WTO scenario.

Tory lawmakers for Shrewsbury and Atcham added: "If the European Union returns and they want to continue joking with us about cherries on the cake.

"But if they come back to us with an agreement that is totally unacceptable for Northern Ireland and the British people and if the feeling among the British people is that this is something they will not accept then yes, I think we should have the courage to move to the WTO.

"That doesn't matter. It moves towards the WTO. "

Mr Kawczynski has a strong warning for the Prime Minister. He said: "As much as we must protect British business, we must also consider the importance of protecting what the British choose – taking back control of our borders, ensuring that our supreme court is the highest, ensuring that we can, as global powers, have agreements trade with other countries.

"These are all things that British people choose."

MP Tory warned that "the kind of compromise of the Frankenstein monster" that does not give to Brexit "would result in millions of Britons losing" full confidence in body politics ".

He added: "There will be a lack of trust in the referendum and I think the Conservative Party, which is the party that I campaigned for 30 years will suffer a disaster in the polls."

Teesside entrepreneur Kevin Wheatley also called for Britain not to agree on Brexit and told BBC Radio 4 's World Tonight: "I am even frustrated talking to you. Maybe you can know with my tone.

"We have to go now. Deal or no agreement, it doesn't matter to me.

"The government needs to make it clear that even if they don't want to do it, they are happy to go by agreement or without agreement.

"People in the EU who sell cars to us, who sell wine to us, their minds will be centered when they think & # 39; wait a minute if we don't solve this problem, our economy will suffer & # 39 ;.

The head of the European Union's Brexit negotiator Michel Barnier has asked the Prime Minister to "make a choice" if Britain wants to complete a Brexit deal on time with the Brussels bloc.

Mr Barnier insisted there was no "more time profit" when he called on Westminster to submit a proposal to break the Irish border deadlock.

Speaking with Slovak prime minister Peter Pellegrini in the so-called "tour of the capital", Mr Barnier warned Mrs. May "the clock is ticking" when he had to submit a new UK backstop proposal.

Mr Barnier told reporters: "Today, we are not there yet.

"The clock is still ticking and we will continue the work.

"Options must be made on the part of the UK to complete this agreement. Frankly, we don't have the advantage of more time. "

He added: "I don't want to discuss the details, we are willing to consider upgrading the backstop but we have to reach an agreement for this backstop and we need the original backstop, operational backstop."

"Backstop means backstop. And the backstop can't have a time limit.

"We always say the backstop will remain in place except and until other solutions are found in the context of future relationships."

Prime Minister Theresa May has repeatedly said that "Brexit means Brexit" and insisted "there is no bad agreement".