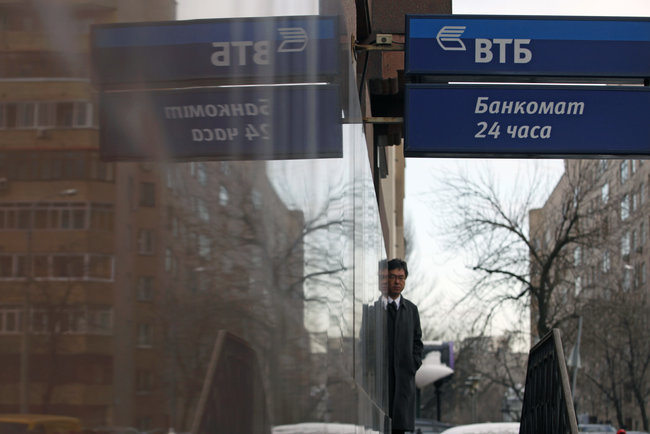 Almost all depositors will be able to return their savings in full.

The National Bank of Ukraine (NBU) links VTB Bank to the category of bankruptcy. The decision was approved by the council resolution NBU No. 796-rsh / BT November 27, 2018, the National Bank's press service reported.

"Due to the decline of JSC Bank's liquidity and deteriorating financial conditions over the past month, the NBU, on November 13, 2018, took VTB JSC Bank for the problematic category. At the same time, the deadline was set for financial institutions to adopt activities in accordance with legal requirements law, due to lack of concrete action by VTB Bank owners to prevent bankruptcy, as well as due to a lack of adopted and realistic steps to increase liquidity On November 27, the NBU made a decision to classify VTB JSC Bank as a bankrupt bank, " – argue in the NBU.

According to the National Bank, the assignment of VTB Bank for the bankrupt category will not affect the stability of the Ukrainian banking sector, because the share of financial institutions is only 0.6% of the net assets of solvent banks. Before this, the NBU had revoked banking and general license for foreign exchange operations at BM Bankits shareholder is VTB.

97% of VTB bank depositors – almost 60 thousand people – will receive deposits in full, because their size does not exceed the guaranteed amount of 200 thousand UAH guaranteed by the Individual Deposit Guarantee Fund (FGVFL). Larger deposits will be replaced in the specified amount. FGVFL will give a total payment of 942.7 million UAH.

Previously, the bank was forced to impose a commission and limit cash withdrawals due to a decrease in liquidity after the decision of the Court of Appeal of Kyiv September 5 2018 to block assets. This decision removes banks from the opportunity to fill liquidity through the sale of collateral and assets acquired in the recovery process.

Then VTB does not rule out the possibility of a worsening liquidity situation Ukrainian "daughter" and complained that he could not leave Ukraine.

Recall, on September 5, the Court of Appeal of Kyiv decided to hold shares of Ukrainian subsidiaries of Russian banks with the participation of the state – VTB Bank, Prominvestbank and Sberbank. They are prohibited from liquidating or reorganizing legal entities, and any actions aimed at the transfer of movable and immovable property.

In 2017, the National Bank of Ukraine canceled the Sberbank Russian banking group in Ukraine.

You are looking for news "The NBU declared bankrupt girls from Russian banks in Ukraine." See other Financial News in the "Latest News" section.