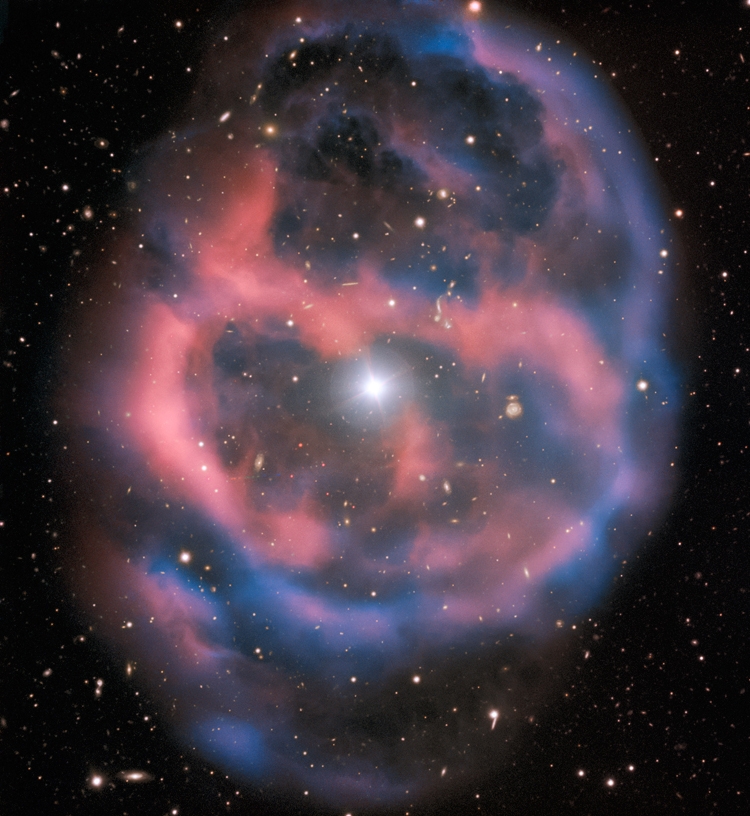 The planetary nebula is formed when the outer layers of the red and supergious giants are released in the final stages of their evolution. Such a structure consists of a gas sheath and a central star, a white dwarf.

The picture shows the last breath of the dying star Abell 36, which is in the center of the frame. Images are taken with the ESO Very Large Telescope. When the gas cloud that forms the planet's nebula expands quickly and fades, it gradually disappears from view.

ESO 577-24 nebula is located around 1,400 light years from Earth. A beautiful picture is taken in the framework of the ESO Cosmic Gems (ESO Cosmic Gems) program. The aim of this initiative is to photograph interesting, mysterious or just beautiful space objects. At the same time, the program runs at a time when, for various reasons, the ESO telescope cannot make scientific observations. 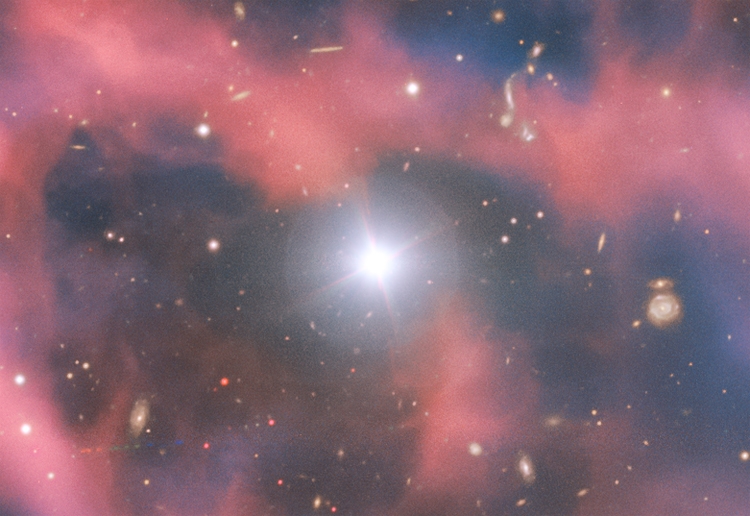 We added that the nebula itself was discovered in the 1950s. The light from it radiates for about 10,000 years, which is only a moment on the astronomical scale.