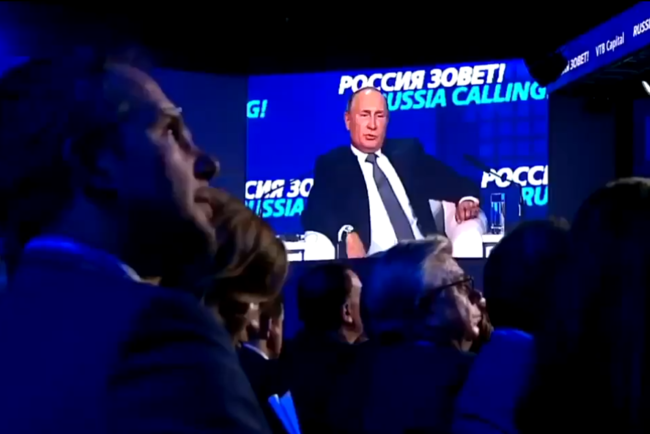 Russian President Vladimir Putin's words that the Ukrainian authorities can "ask babies for breakfast", which they "might be served" have caused a storm of anger, ridicule and jokes on social networks.

"The Kiev authorities are actively selling anti-Russian sentiments. They have nothing else to do, and they are getting away. If they want to eat babies for breakfast tomorrow, they may be given babies. They will say: they want to eat!", – Putin said at the Russian Calling Forum.

Immediately there was an ironic response to this statement from the adviser to the Ukrainian president and the head of the Ukrainian defense ministry, a volunteer Yuri Biryukova.

Remember beforehand Putin accused the Ukrainian authorities and the leader of Ukraine Petro Poroshenko of provocation in the Azov Sea, which they themselves lead the Russian military.

Remember, according to the SBU, Russia attacked Ukraine with ten ships, helicopters and airplanes. The secret service also showed that one of the Russian attack planes used two directional rockets against Ukrainian ships. As a result, crew members were injured.