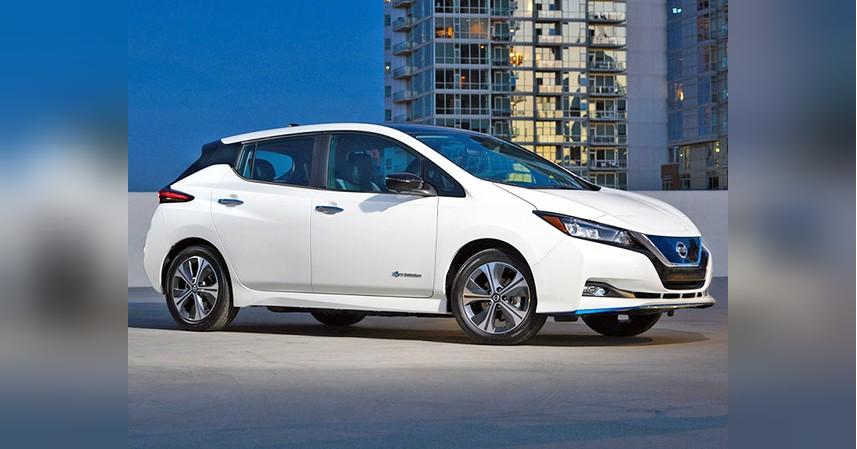 Fans of the most anticipated electric car Nissan Leaf e + were presented at the CES Consumer Electronics Show in Las Vegas. The small "e +" prefix for that name only provides a modification range of the model, which is able to travel with a single battery as far as 123 kilometers more than the usual one passing Leaf 40-kilowatts. The secret to proper backup is a new, wider battery. Although this is not all innovation hidden in Leaf e +.

Electric cars are equipped with new traction batteries, emitting 62 kilowatts, of which 22 kilowatts are more than the modification of the base model. The battery consists of 288 cells, not 192 for a standard 40-kilowatt cell, but the cells themselves have become more compact, therefore, the overall dimensions of the battery have changed slightly. However, to save ground clearance, Nissan designers worked on the suspension a little, lifted the car, after which the total height increased by 5 millimeters.

Thanks to the wider traction battery, the single-use charging range increased 123 kilometers – to 363! Bear in mind that the basic version of Leaf can travel far less – only 230 kilometers.

Another important advantage of this novelty is that it is equipped with a more powerful charger: 70 kilowatts (at its peak – up to 100 kilowatts) rather than base 50, thanks to an electric car that can be charged faster when using the CHAdeMO fast charging port.

Leaf e +'s appearance is practically the same as its basic version – long-distance electric cars are only issued with a decorative layer on the front and rear bumpers, painted in blue. In the car there is also a minimum change – a new multimedia system with a diagonal of 8 inches (not 7 inches in the standard version) has appeared on the center console.


* Externally, novelty differs from the base model with only decorative overlays on the front and rear bumpers.

Electric cars are also safer to control – their standard equipment includes a whole set of driver assistance systems that provide line monitoring, automatic emergency braking, monitoring of "blind" zones, intelligent monitoring around by detecting moving objects and the like. As an option, the ProPILOT Assist semi-autonomous driving system will also be offered, which is able to keep the car in the middle of the track and automatically adjust the speed according to the overall traffic level.

Despite the fact that Leaf e + was introduced in the United States, Japanese buyers will be the first to buy new goods – sales will begin in the Land of the Rising Sun early next month. Americans will be offered this electric car only in spring, and to Europe closer to mid-year. It is estimated that the price will be 38 thousand dollars.

As "FACTS" reported earlier, at the CES World Electronics Show in Las Vegas, where Nissan Leaf e + was presented, the real excitement caused an intellectual ring created by Kievian Vladislav Guristrimboy: it can change the color to suit the tone of a woman.