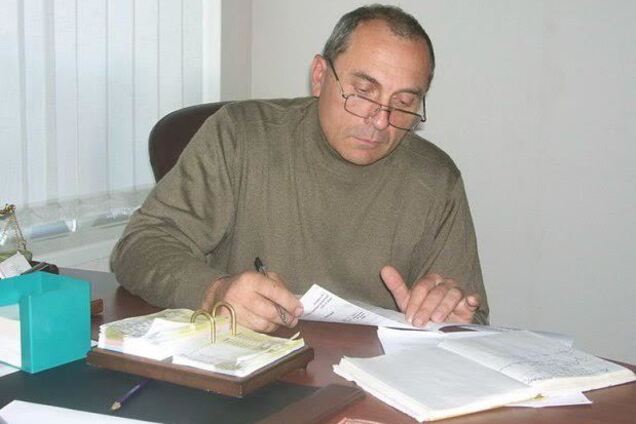 On Friday, November 16, the Sosnovsky, Cherkasy District Court acquitted the suspects in the murder of the journalist "Self Defense Maidan", journalist Vasily Sergienko.

About that on the page on Facebook prosecutors from the Cherkassk regional prosecutor's office, Sergey Ovcharenko. "The court partially granted the request of the prosecutor to extend the detention of the accused in detention and for two of them (murder manager and kidnapping participant), as an alternative, he determined the possibility of paying guarantees in the amount of 2 million 800 thousand UAH, respectively," he said. (To view meeting photos and videos, look at the bottom of the page).

In particular, the judge changed the size of restraint to Vadim Melnik, who was suspected by the police as the perpetrator of the murder. Militia sought Melnik for almost two years. Also, the judge appointed an appointment for the suspect during the execution of the murder of Viktor Gorbenko.

After a court decision, clashes between activists and police began near the building, Cherkasy activist Konstantin Miroshnichenko, who was present at the meeting, told Facebook.

Court decisions cause confusion among human rights defenders and the public. In addition, the deputy head of the National Police of Ukraine, Vyacheslav Abroskin, called the power of the prosecutor like that.

"Vasiliy Sergienko was brutally murdered on April 4, 2014. He was hit with 17 body stab wounds, neck incisions. Honestly, this has been excessive …" – he wrote after the meeting.

Lawyer Yuri Sheremet called for the intervention of journalists and public activists. "Doesn't anyone realize that with this courageous decision the court really allows people accused of contracting brutal killings with certain atrocities from a journalist and, by the way, the Hundred Heavenly Heroes, will be released?" – he was angry at his page on Facebook.

As reported by OBOZREVATEL, on April 4, 2014, in the town of Korsun-Shevchenkovsky, unknown people kidnapped a journalist Sergienko, whose body with cruel death signs, was found in a forest area in one village in the Korsun-Shevchenko district .

In the body of Vasily Sergienko, when he was found, there were many traces of torture. But it is not possible to find out exactly in this way that the reporter was beaten. Sergienko was in the Cherkasy region one of the leaders of local self-defense Maidan and a supporter of the Ukrainian Union "Svoboda".