Former Porto McCarthy player: "MJ" will not find a better coach than Mourinho 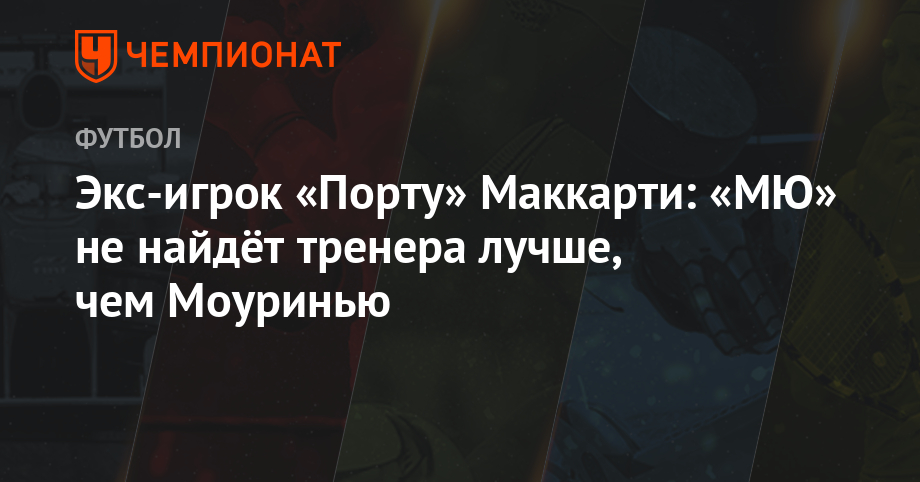 Former Porto McCarthy player: "MJ" will not find a better coach than Mourinho

"Sometimes there is a failure in life, but I am one hundred percent sure that Mourinho will be able to return to the top. Manchester United doesn't need to get rid of anyone. Jose is one of the best coaches. Who will they replace with? I don't think that now they will be able to find a coach better than Mourinho.

He has a character that will help him overcome current difficulties. Personally, I consider him the best coach for United. Jose only needs time. He needs to understand that everything has changed. Now young players want to feel more love and attention.

He made the biggest impact on me. Mourinho is what I want. He uniquely arranged the dressing room and was good at tactics. I will always be grateful for that, "McCarthy told the Daily Star interview.

Veron: "Manchester City" has an idea, "MJ" doesn't have it since Ferguson left