Special requests to visit global villages from day one 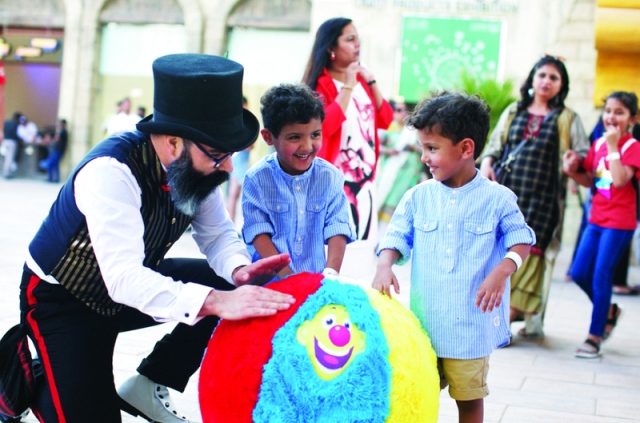 Global Village has witnessed many visitors from various countries on the first day of season 24, where the gates start arriving at 4 pm, which is a huge success and reflects the status of the global village and waiting for thousands of people to start their activities with high anticipation and enthusiasm.

In that season, Global Village housed 24 cultures from 78 countries in 26 pavilions with distinctive exterior facades that describe the most beautiful landmarks and civilizations in the world through crafts, souvenirs, folklore, snacks, and cultural performances.

The Arabian Fountain receives the latest entertainment experience at the Cultural Gateway Square, which hosts a dancing fountain that is exhibited with spectacular illuminations of VIP visitors to create a kind of admiration and praise by visitors. New additions this season include two new bridges on the canal. Hungary and the famous Tower Bridge in London, which will host the new Aerobatic aerobatic Tower Trope.

The streets were filled with visitors taking photographs of commemorative pictures on the first day of the new season, and the restaurant witnessed many visitors, especially after 6 pm in the presence of more visitors, especially with improved weather and enjoying shopping and outdoor entertainment, which was one of the most important words of excellence. This season, guests at Global Village can enjoy the best theater performances by exclusive entertainment teams including Bollywood Icon, The Enchanted Forest, Battle for the Block, City Jam and Festival. For special offers for Junior guests in an interactive junior theater, all provide a complete family entertainment experience.

Brigadier Saif Mahir Al Mazrouei, Director General of the Traffic Department, said that the training program is part of a public traffic management plan for private security guards to train them in traffic, enabling them to take some action by traffic officers, in addition to reducing response time for emergency reports, and reduce transmission. Patrol for a simple accident site

How to maintain healthy cholesterol levels?

"Women, Youth and Children" is the title of the 28th Arabic Music Festival