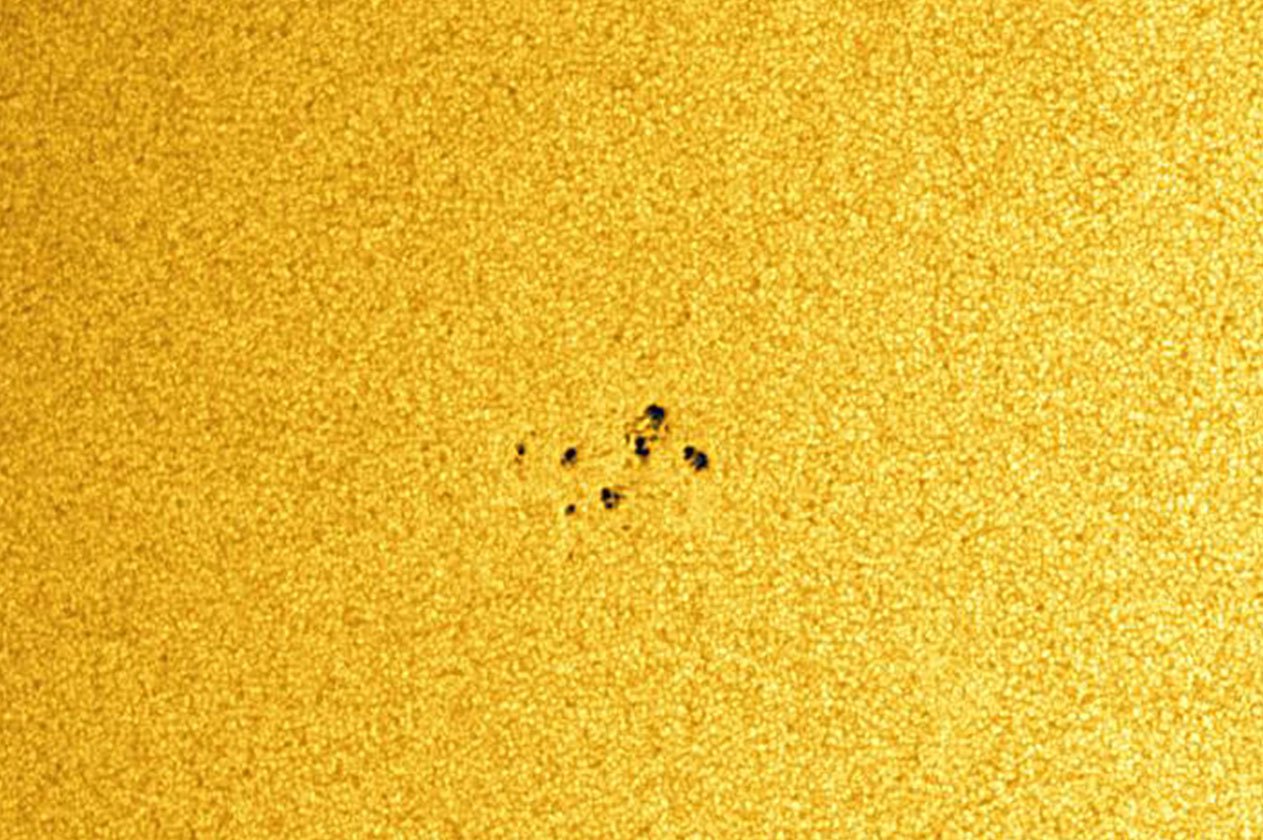 President of the Astronomy Society in Jeddah, Eng. Majid AbuZahira confirmed that the small sunspots recently observed near the center of the sun's surface negate what has been reported recently about the possibility of stopping the solar cycle in the near future.

AbuZahira said he had seen the morning from inactive small sunspots with seven dark nuclei near the center of the sun's surface, adding that its appearance appeared two weeks after the sun disappeared completely.

He points out that these spots can be seen through telescopes with sun filters and monitor evolution, and that the magnetic map of NASA's dynamic space observatory shows that this place belongs to the 24-cycle solar end, which peaked in 2012-2014.

He added that the appearance of this place means that the solar cycle is still working, and this contrasts with the noise that spreads on the Internet on a large scale, and is called the "very large minimum sun" in the near future, where he expects no new spots with the termination of the role of the sun, stressing that this is not true.

He explained that if the previous solar cycle pattern continues, the minimum solar cycle is not over, and is likely to continue to deepen around the year or even with the emergence of 25 new solar cycle patches, sometimes, noting that the appearance of sunspots is rare during the minimum period of the solar cycle , as it is now.