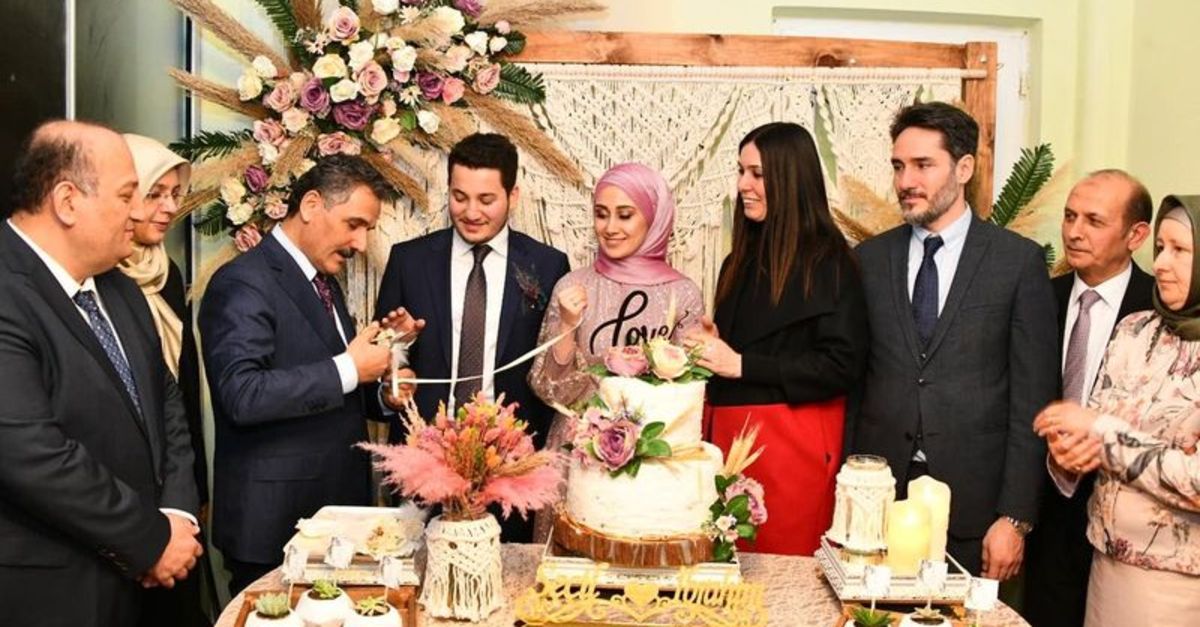 At the instructions of President Erdogan, Kaymak and Karaaslan went to Seçil Usul's house.

According to news from Kaymak and Karaaslan, Turkish coffee after catering, Ibrahim Hakki Karakus and Seçil Usul had their rings on the couple.

Procedural families also gave their daughters the transfer of Kaymak, "Mr. President of the Republic of Turkey has become their instruction." You will be a representative with me Çiğdem Karaaslan ring rings. "They said," I hereby deliver greetings from the President and I congratulate the young, "he said.

Young people who care about sample happiness, voice they want to be Kaymak's family, "the President made his famous proposal to Abraham and the child entered the topic. Mr. President, 4 or 5 children asked me to do it. The expression used.

Karaaslan stressed that they had a wonderful day at Samsun, "We crowned this beautiful day with the engagement of Abraham and Seçil. Mr. President played an important role, and we witnessed the beautiful day of our brothers." he said.

"OUR PRESIDENT RIGHTS, HIS ASSOCIATION

İbrahim Hakkı Karakuş stated that President Erdogan had learned that he would come to Samsun 15 days earlier and he said:

"Our engagement program was determined 3-4 months ago. I joined the program today when we learned that the President of the Republic Samsun would attend. We met there when our President passed the hall. Then he quickly called the program, and Mr. Seca handed over it happened to them, he called Seçil Usul's father. You were there with a representative, "they said.

While Securing the Proposal also wanted Erdogan to call his father and declare that he wanted it. he said.

Karaaslan self-timer after the speech, sent a picture of President Erdogan.