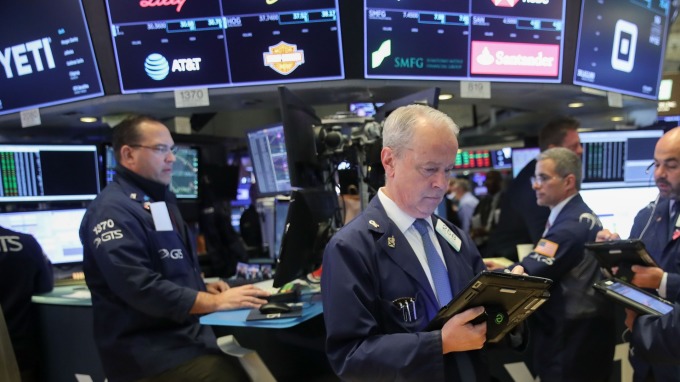 The US stock market fell in midfield on Tuesday, and the Dow Jones fell more than 220 points. China's economic data is weak, and the International Monetary Fund (IMF) cut its global growth forecast, rekindling concerns about the global economic downturn.

China's economic growth rate last year was 6.6%, which is in line with analysts' estimates, but is the slowest growth rate in 28 years.

Since last year, China and the United States have launched trade wars, each of which applies tariffs on the other side of hundreds of billions of dollars in goods. Today, both countries are trying to reach a permanent trade agreement.

Jonathan Fenby, an analyst at Lombard TS, believes that upcoming meetings between Chinese and US officials are expected to resolve disputes, but only for a while.

In his report to clients on Sunday, he said: "Deputy Prime Minister of China Liu He came to the United States, bringing gifts including lowering car tariffs, increasing purchases of agricultural products and energy, and ensuring that Beijing would open markets and protect intellectual property rights. Further action is taken on the issue of technology transfer, but structural problems remain a fundamental problem.

The National Association of Realtors (NAR) announced that existing home sales in the US in December fell to a three-year low. After the data was released, the stock market fell to its lowest level today.

In the past four weeks, the US stock market has continued to increase, and during the longest period since August, investors were not worried about a decline in corporate profit growth and the continued closure of the US government. Since December 24, the S & P 500 has increased by more than 10%.