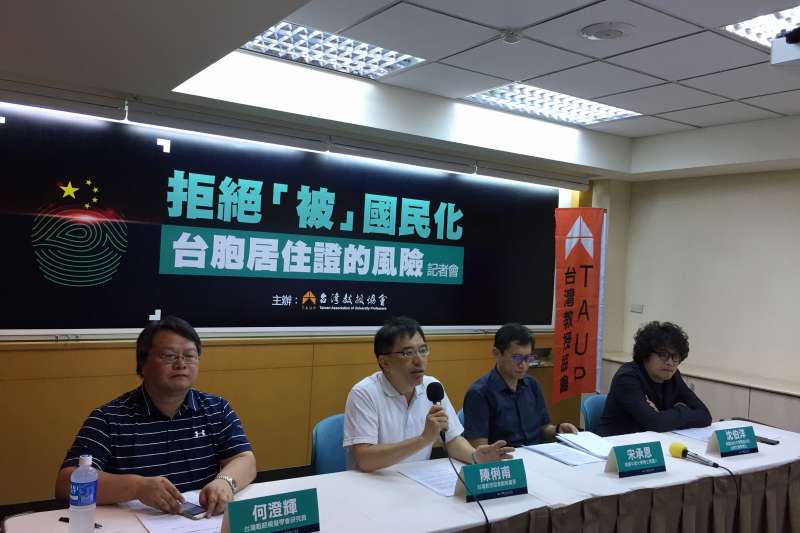 Column Guuld: How to deal with the Chinese residence permit front? Wind media

When the Chinese government gave villagers, Hong Kong, Macao, and Taiwanese residents a residence permit, their confidence grew stronger and stronger, they were not afraid that these people would cause urban chaos. They were convinced that these people could be controlled and integrated. What is the response of the Taiwan government to China's unilateral integration policy? Starting on September 1, Taiwanese and Hong Kong residents and Macao living in mainland China can apply for an 18-meter "residence permit". This certificate is like a Chinese national identity card. This means that you have Chinese citizenship, and on your behalf, you can enjoy the "quasi-national treatment" given by China and enjoy a lot of conveniences. The smallest conveniences include: In the past, Taiwanese bought tickets for the internet and received physical tickets, Now they have a residence permit, and they can use identity cards to verify cars like Chinese people. In addition, the procedure for buying tickets, staying at a hotel, claiming a SIM, etc., can also be borrowed from this card to go online. Such quasi-national treatments can also include participating in local social insurance and receiving basic public services provided by local governments to Chinese people, such as education and public health. The implementation of "residence permits" by China was the first to eliminate the city's discrimination against rural immigrants, so that these immigrants settled in the city and enjoyed the same education, public health care and housing as urban residents. Then, we will adopt an integration policy for Hong Kong, Macao and Taiwan people. Starting from everyday life, you will feel that there is no difference with mainland China. Mainland implements a residence permit system for residents of Taiwan, Hong Kong, Macao and Taiwan in September. (Zhongxin.com) In dealing with large rural populations, to avoid the impact on the city's political and economic society, the first consideration from the Chinese government can of course be managed. Therefore, from "temporary residence permits" from immigrant populations in the past to non-discriminatory "residence permits, the important principle is maintaining social security and stability. Submitting a residence permit application also means that your personal income, business activity records, and whereabouts are also given to older brothers. But there is no denying that when the Chinese government gradually gave birth to rural residents, Hong Kong, Macao, and Taiwanese …