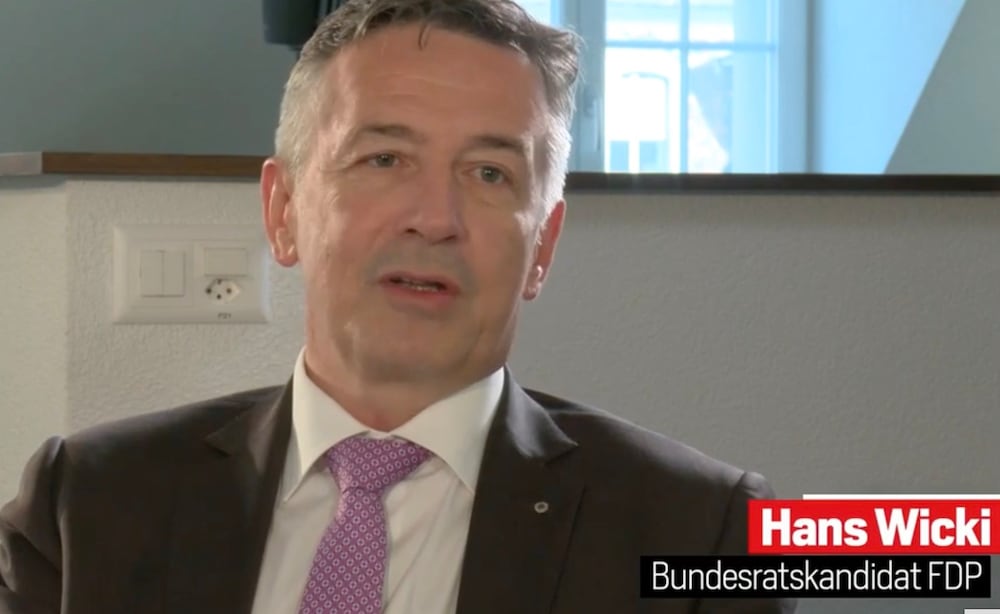 Within one week is the election of the Federal Council. FDP United Council Hans Wicki wants to follow the succession of Johann Schneider-Ammann – and make advertising for themselves.

The four Papabili people asked themselves questions in Blick Talk. The only person in the race began today, FDP candidate Hans Wicki (54): Political head of Sermîn Faki and federal district editor Andrea Willimann felt him in his teeth.

The desire for more women is understood

Wicki is likely to lose next week – Karin Keller-Sutter (54) is considered a clear favorite for the FDP seat. "I can understand the desire for more women in the state government," Nidwaldner said in talks. What can he do better than Keller-Sutter? There are many points of contact, but "compared to him, I have international leadership experience," he said.

Wicki knew what he expected in a possible election: "Friday at 17 is not over – the Federal Council is a seven-day job!" With his speed and high mind and long-lasting ability to concentrate, he is able to do it.

"I will be very similar to Schneider-Ammann»

But the regeneration phase is also important. "You also have to let go in order to recover," Wicki said. If not, you fall asleep during the session. The outgoing Federal Board of Schneider-Ammann has been repeatedly briefed when sitting.

Regarding Schneider-Ammann, Wicki said: "He has done many things well." He always understands economic concerns and makes every possible step to solve problems. "If I am elected, I will really like it," Wicki said.

For the burqa ban

In policy matters, the State Council spoke out against the UN migration pact, for marriage for all, for the burqa ban, and against rising prices of gasoline that support the climate. (Matt)