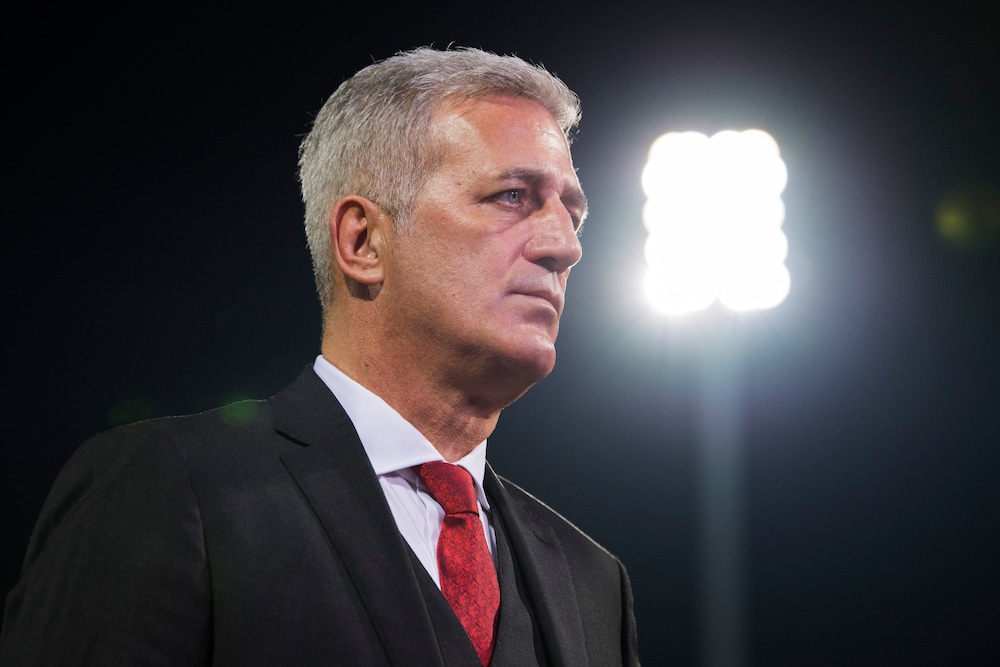 In the morning, Vladimir Petkovic needs a doctor. Coach Nati lost her voice. The Dottore can help. Petkovic talks about the 2018.

Can't you be more specific?
Well, maybe I should have let five, six players come out in the last group match against Costa Rica to save them for the knockout round. But there is still the possibility that Serbia will win the last match against Brazil and we lose at the same time, then we will come out. Of course, after the Serbian match, the team was told that FIFA was looking for a way (because of Xhaka, Shaqiri and Lichtsteiner's double eagle movements. Red). This can cause players to be happy with victory but upset at the same time. The first two days after the Costa Rica match, I realized that the team was a bit shaken up, but the last two days before the knockout round against Sweden there were no signs of mental decline. And who knows if Dzemaili will shoot 1-0, how will the match go? But I don't like discussing the question about "What will happen if …?" Or "What will you do differently today than you do?"

Is 2018 the most difficult year in your coaching career?
For me 2018 is a positive year. What bothers me: Round 16 must be a good result for Switzerland. After that, there was almost a state of war. That made me a little annoyed at first. I want to talk, but I can't. We came to a kind of organized chaos. Maybe we wait ten days too long until we talk about the World Cup. What happened after the Serbian match and after the World Cup spent a lot of energy. I have been adopted several times myself (smile). But so far I have felt popular support and support from the Society.

Now, according to Heusler's report, there will be a new Super Manager for Nati. What is your opinion?
Although I also spoke with Bernhard Heusler and Georg Heitz, but I have not been involved further so far.

That will be your new boss, right?
Will it be my boss? Did he decide who had the role? (Smile). No, we will see everything. We know the first suggestion since Saturday, now everyone needs time to start implementing.

What happened to the 0-1 defeat to Qatar?
I am risking, playing poker. But get lost. That is calculated risk. But I will do it again if we have two matches in a row and the first is a friendly match. But it must be clear to everyone that we are not so good that we can beat any team with any team.

Did the 5-2 win against Belgium say three days later?
For that you must praise the players. That shows how much they live for such a game. But: It won't always happen that we can still play the game after a deficit of 0: 2. I hope they don't provoke such situations too often. But it still remained behind the head: After a 0-2 draw, they were still confident and provoked a situation that caused success against number 1 in the world today.

"The coolest thing that can happen!"

What about 35-year-old Lichtsteiner and almost 32 years old Djourou? Did you last relate to Captain Lichtsteiner?
Yes, he congratulated me on the Belgium match, I hope he has good health and a quick return at Arsenal. I'm not too worried about who will be in the next match in March. But of course I followed all the players in their club. The squad has become wider, the competition is getting bigger. That's good for team development. But one thing is certain: I can't and won't retire, that doesn't happen with Valon Behrami too. But one of them is so absorbed, the other is different.