Mockery for the family photos of Michael Wendler and Laura 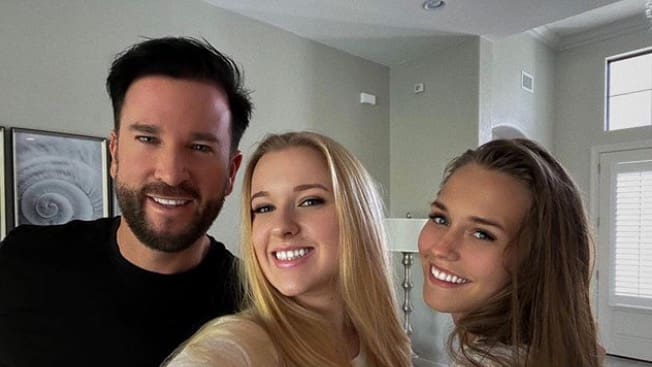 Schlager star Michael Wendler (47) with his girlfriend Laura Müller (19) and his daughter Adeline (17) pose with a big smile for selfies. The photo was shared by Laura, who delivered her comments directly to her stepson who was two years younger. In English he wrote: «I am happy to be here again. Sweet Adeline, your father loves you, and I love you too. We are always there for you and stay together as a family. Now we enjoy a wonderful time together. I love you so much. »

The Instagram post offers a surface critique of attacks on several levels: While some users complain about the wrong English text Laura, who has since been corrected, booing many followers at the small age difference between Wendler's daughter and her boyfriend. Adeline comes from Wendler's marriage to Claudia Norberg (48) and her age is almost the same as her father's spouse. "The surrogate mother is one year older," wrote one user. "Stepmother at 19, check. Stepchildren one year younger than you, Check», is another comment.

«The role of caring mother-in-law» is «inappropriate»

"Oh, your sister?" Ask a user. "If you get married, you have a stepchild who is one year younger than you," noted a follower. Others asked, "Do you think it is inappropriate to take the role of mother-in-law? If I were the mother of Adeline, I would not find your commotion funny and really excessive …»

Laura and the singer "she loves DJs" also mockingly reaped clear photos. "Do the three have the same tooth color or use Nadeld's teeth?" A user mocked. "Attention, advertise toothpaste!" Joke one. "Good picture, but not even whiter teeth …", there are also.

Criticism, mainly due to their age difference, Wendler and his younger girlfriend have been accustomed from the beginning of their relationship. Only in early October, both were ridiculed at Oktoberfest. When the two of them left the festival tent, it came from another visitor of bad humiliation: Among other things, a guest of Wiesn "****** kids" had called. (KAD)