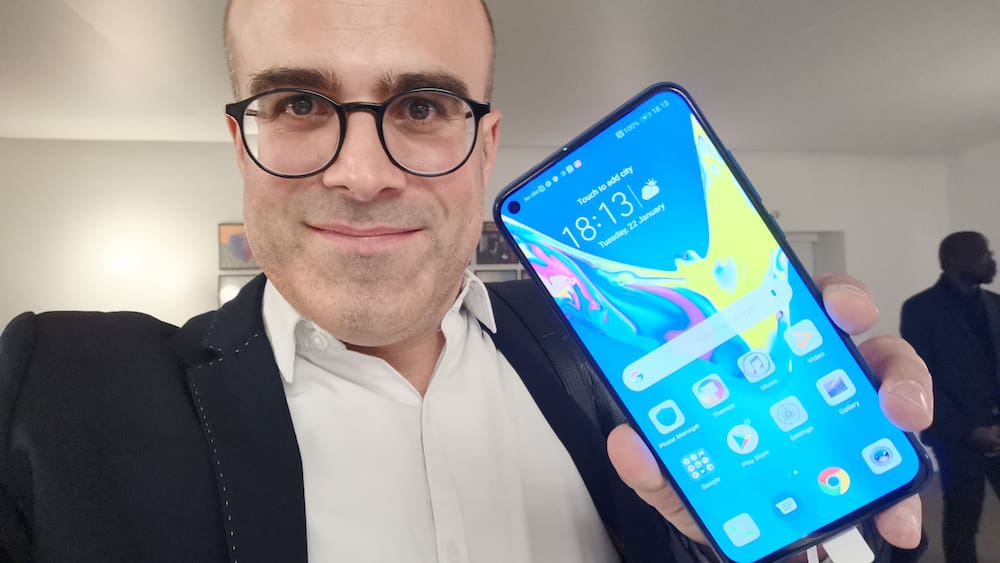 The Huawei Honor subsidiary has introduced a new ship in Paris. The Honor View 20 comes with the best technology, the most modern display design and costs only 570 francs.

Like Honor View 20, most smart phones will be seen this year. The Huawei subsidiary is the first brand to bring the device to Switzerland which covers the entire area with a screen on the front. Only a thin edge can be seen – plus a small hole for a selfie camera.

You must be familiar with this design. The new Samsung S10 flagship, which celebrates its premiere in late February, will look exactly the same.

The XS iPhone with half the memory is more than twice as expensive! Competition from Samsung, Sony, LG and even the Huawei parent brand is worth 800 to 1000 francs.

Large battery, but no Oled screen

Technically, you don't have to compromise with Honor: a large 4000 mAh battery, the latest processor from Huawei and a large 6.4-inch screen. You only need to do it without a screen with OLED technology and wireless charging. And the camera system hasn't proven itself in the field test.

After all, the 6.4-inch screen is very bright and shows bright colors. Thanks to a resolution of 2310 pixels to 1080 pixels and 398 ppi, you always have sharp images.

We want to know about Selfiecam with 25 megapixels and an f / 2.0 aperture. That must be one of the best in the world, according to Honor. Examples of images look promising – but of course they can cheat.

The Honor View 20 has a 48 megapixel sensor from Sony

The main camera usually takes pictures with a Sony 48 megapixel sensor, which has an aperture of f / 1.8. It must provide lots of details and automatically adjust more than 1500 scenarios.

The second sensor measures depth and provides a 3D effect. So the video must be changed in real time. For example, someone looks bigger than they really are. Or you can audition something and the entered avatar makes the same movements simultaneously.

Therefore Honor must get as much image information from high-resolution sensors with software to achieve optimal results. Whether it can compete with an iPhone, Samsung Galaxy or Huawei Mate, it must prove a practical test.

In the first exercise, Honor View 20 was a good match. Processing is high quality, the screen is fun. And in fact, the display with a camera hole produces something. You get used to faster than big notches.

Very favored sparkling back. Especially red and blue are as striking as almost no other device on the market. But even the black shimmers are still quiet, so that it stands out from the crowd.