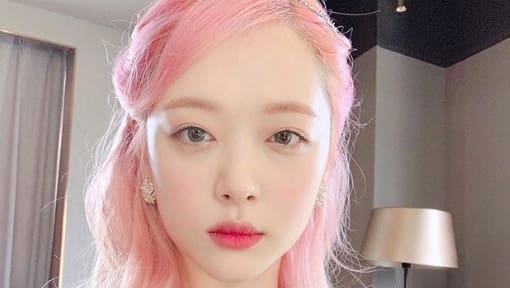 K-Pop is a phenomenon that thrills millions of fans, not only in South Korea. The stars of this music genre are celebrated internationally. But the K-pop business is difficult. Last Monday, Korean singer Sulli († 25), a former member of the South Korean girl band F (x), was found dead at her home in Seongnam, South Korea. The police consider suicide. Choi Jin-ri, like the name of bourgeois Sulli, retired from the music industry in 2015 after struggling with online hatred, loneliness, and fatigue.

In the reality series «Jinri Shore» Sulli said loudly «Mirror»: «I was under enormous pressure. I am often afraid. This band is under great pressure. I followed other people's instructions without knowing why. At some point, I began to question what I was doing. I said that I was exhausted, but no one listened to me. I feel like I'm alone. »

Sulli is not the first K-pop star to withstand industrial pressure. Over the past few years, K-pop artists have repeatedly taken their own lives. Pop singer Ahn So Jin († 22) committed suicide in 2015. She participated in a reality show looking for new members for the K-pop group Kara and did not make it to the final round. He has been under contract with Korean record label Kara for five years. Kim Jonghyun († 27), known as Jonghyun, was a member of the K-pop band Shinee and took his own life in December 2017. He left a letter saying, "I was damaged inside."

Goo Ha-ra, 28, a former Kara band singer, was taken to hospital in May 2019 after a suicide attempt. He previously worried his fans with an Instagram post: "I pretend I am not tired when I am. I pretend I am not sick when in pain. After all these years of oppression, I look fine on the outside, but it feels like I am crushed in inside. "

Many of the stars in the place spoke publicly about their eating disorders and the strict eating plans they had to follow. Sojung (26), a female singer with Ladies' Code, said in a TV interview that in three days she only had five cherry tomatoes and water. She hasn't gotten her period yet due to malnutrition. In addition, hormone levels go down to the level of women who are menopausal.

JinE (24), a former member of the K-pop band Oh My Girl, took a break from the band in 2016 to seek treatment for anorexia. The band said in a statement: "We support JinE while recovering and being treated." The following year, JinE's departure from the group became known.

But fatigue is also a problem for artists who need to work all the time: K-pop star BTS announced in August that they are taking a break for "longer periods of rest and relaxation" to regain strength. refuel.

«If a girl has a bad face, it will be resolved by cosmetic surgery»

K-pop artists are said to be literally drilled for success and must meet high beauty standards. The Toggle contract, which concluded the stars before their big break, was at the scene, according to "The Sun" also widespread. Kim Min-seok is a former coach who made artists suitable for performing at K-pop agency YG Entertainment.

Three years ago he told the Deputy that newcomers had to weigh themselves every day, keep on a strict diet and often undergo cosmetic surgery. "The most important thing is appearance. If a girl has a bad face but a good body, the problem can be solved by cosmetic surgery." Korean Warner Music employee Cho Shin added: "K-Pop is not about appearance and natural talent. It is a product. Products can be formed into something perfect. »(Kad)

Here you will find help

Solitude does not have to: The Swiss Red Cross (SRC) has a visiting and escort service for people who live alone. This service is regionally organized by Rotkreuz Cantonal Associations (www.redcross.ch). Salvation Army also offers activities for singles, such as lunch tables (www.heilsarmee.ch). The elderly can ask at Pro Senectute (www.prosenectute.ch). Counseling is also available at Landeskirchen (Seelsorge.net). The Dargebotene Hand, Tel. 143 (www.143.ch), can also help. Young people can get help from Pro Juventute in emergency number 147 (www.147.ch).