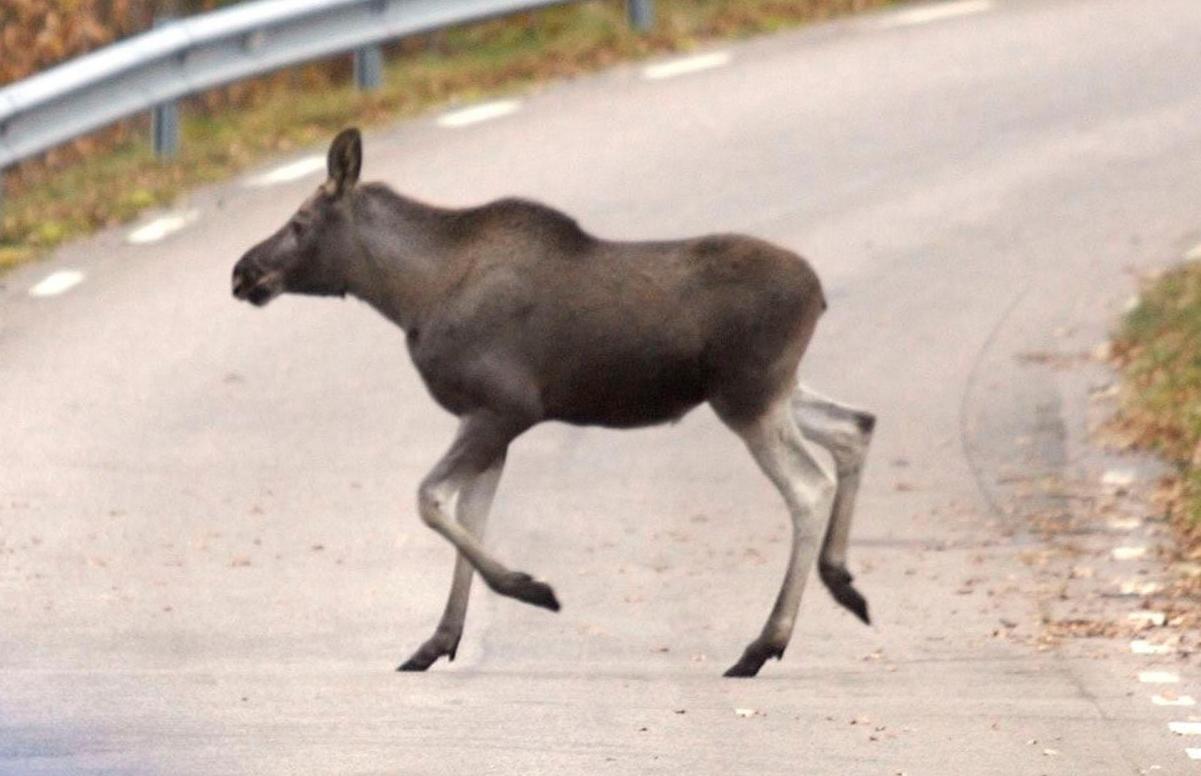 A passenger car collides with a deer.

Two people were in the car but no one was injured without an ambulance, leaving the accident site being demolished.

Traffic is greatly affected for a while and the queue is formed.

However, after the car is stored, traffic can be dropped normally.

Map shows the estimated accident position of the game. The coordinates come from the SOS Alarm.