Home / sweden / 34 minutes can reveal what happened to Anne-Elisabeth

34 minutes can reveal what happened to Anne-Elisabeth 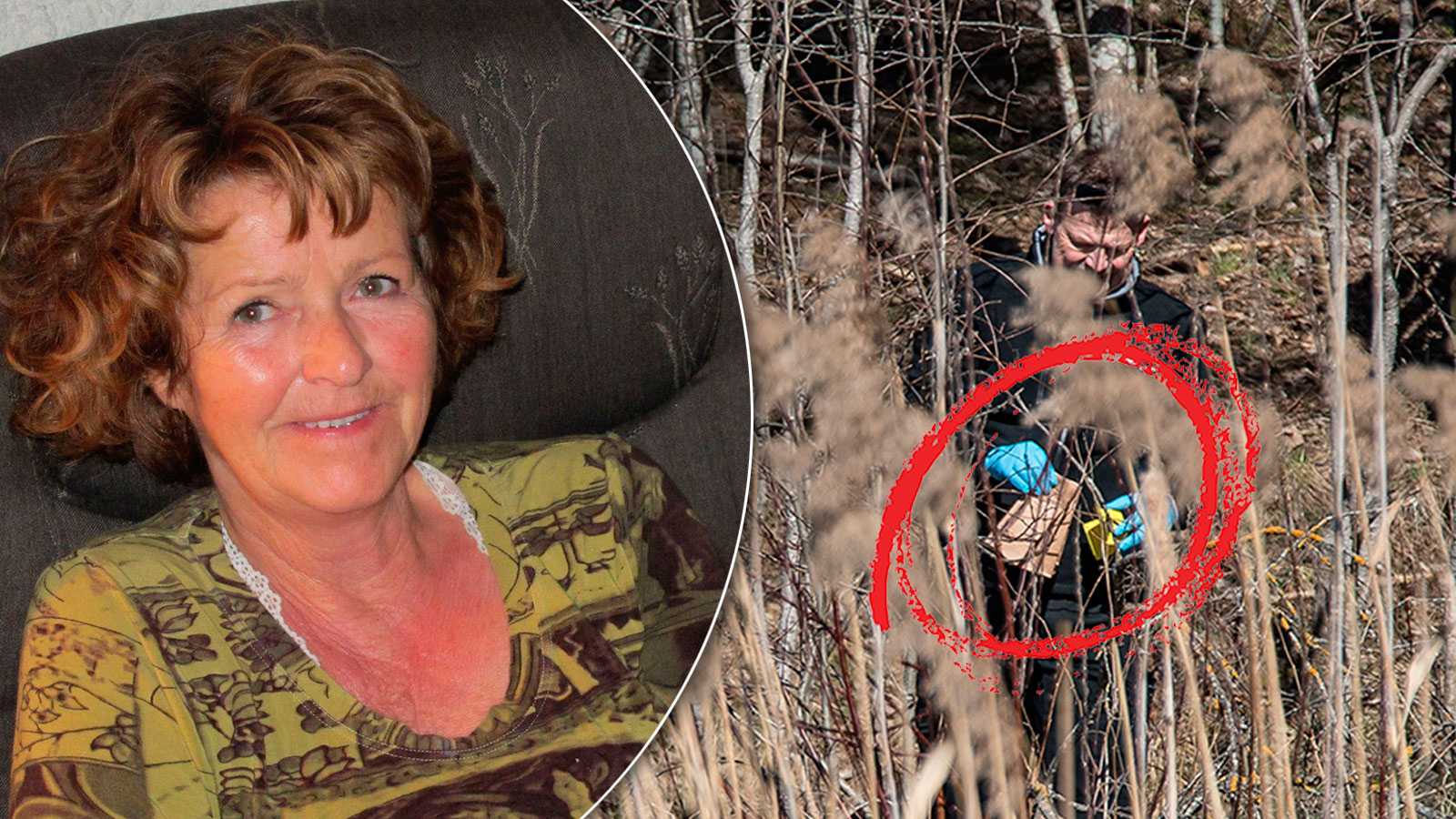 Last week they will celebrate a golden wedding.

But the police no longer believe that the missing Norwegian billionaire wife Anne-Elisabeth Hagen is still alive.

Today is the year since the mother of three children mysteriously disappeared from her home.

Kidnapped believes the family was killed, the police believe.

At 9.14 on Wednesday, October 31 last year, Anne-Elisabeth Hagen spoke with a relative on the telephone.

He is the one who calls.

This is the last call.

When Tommy Skansen's neighbor, who was an electrician, called him 34 minutes later, at 09.48, he did not get a response.

He responded and found it strange – a few weeks before they decided to come and replace some lamps in the kitchen at the family home in Lørenskog outside Oslo.

Now he does not answer.

For 34 minutes on the morning of October 31, 2018, something happened that changed everything.

Since then, the mother of three children Anne-Elisabeth Hagen, married to Norwegian electrical contractor and billionaire Tom Hagen, has disappeared.

He no longer believes the Norwegian police, whose main hypothesis today is that Anne-Elisabeth Hagen was killed.

But no perpetrators were arrested – and no bodies were found.

For a year, Tom Hagen and his children and grandchildren had been waiting for Anne-Elisabeth's sign of life, but in vain.

Last Friday, Tom Hagen and his wife will celebrate marriage for 50 years. Last year they celebrated with a family dinner, but this year was a big day: a golden wedding.

But there is no celebration this year.

"The family hopes, but doesn't know whether Anne-Elisabeth is still alive," said family lawyer Svein Holden, who has always been the face of the family outside.

From the Norwegian police, it is relatively calm about the disappearance during the fall.

But since disappearing, starting the same afternoon, they have worked feverishly with this case and a large number of police and experts have been – and – are connected.

In a large document, the Norwegian newspaper VG has mapped out what happened in the case for 365 days that has passed since Anne-Elisabeth Hagen disappeared.

The document contained many interesting details, which, however, raised more questions than they answered.

Envelopes in the hall

When Anne-Elisabeth Hagen called her last call that morning, her husband had arrived moments before.

Around nine o'clock he left the house in a simple gray train station, a Citroen Picasso.

When he left work at 13.30 – earlier than usual – Tom Hagen immediately realized that something had happened.

On the chair in the hall there were some of his wife's personal belongings – which should not have been located there – and on the tile floor there was an envelope with several A4 pages that were written in a strict manner.

There is also a cable tie on the floor.

The letter was written in bad Norwegian.

It is said that Anne-Elisabeth Hagen was kidnapped.

If he does not pay, a video, in which Anne-Elisabeth was killed, will be posted on the internet.

If he pays, however, he will be treated well – and released.

The letter also contained, according to VG, information about a strange and sophisticated communication system that had to be used by the parties.

Tom Hagen, by paying a different amount in bitcoin cryptocurrency, will be able to communicate with the kidnappers.

The predetermined amount is a different code which means different things.

Tom Hagen also received instructions on how to buy monero cryptocurrency, where ransom would be paid.

The police no longer believe that the missing Anne-Elisabeth Hagen is still alive.

Call the police right away

The letter also states that the family has been monitored for some time, that the requirements of nearly SEK 100 million are based on that it is four percent of his wealth. Not five or ten – but only, for some reason, four percent.

If he contacts the police, he is risking his wife's life.

But that was almost the first thing Tom Hagen did.

He called the police.

Shortly thereafter, he secretly met the police at a gas station a few hundred meters from the house.

At the police department, the work took off immediately – but in secret.

Hostages and negotiating experts, several police districts and criminal police are connected with this case.

Neighbors – who quickly felt hatred when the light was on at home around the clock – were given orders to remain silent about the matter.

Forensic technicians searched the family garden home, without revealing that they were on the spot.

Police investigators have rented a silver colored transport car, the Volkswagen Caravelle, and were even allowed to use fake license plates.

All so as not to attract attention.

For ten weeks, the police worked in silence – and the journalists who had gotten the story in their tracks were given strict orders to remain silent until further notice.

Tom Hagen went to work as usual during the days, but did not stay at home while the house was being combed by technicians.

The family's hope that Anne-Elisabeth Hagen would come home for Christmas was falling apart.

For the first time, the family celebrated Christmas – without him.

It will be January and a new year without the family hearing the voice of Anne-Elisabeth Hagen or whoever claims to have kidnapped her.

On January 7, according to VG, Tom Hagen and his adult children sat in a five-hour meeting with the police.

Now you plan your way out in public and talk about enforced disappearance.

The police are asking for a press conference.

Tommy Brøske, who is the main investigator in this case, said that Anne-Elisabeth Hagen has now disappeared for ten weeks after being moved from her home.

The police have asked the family not to pay ransom.

The police asked for tips from the public, who might have seen or heard something – and the family appealed through their lawyer, Svein Holden, instead to the kidnapper to get a sign of life from Anne-Elisabeth.

They did it – a week later.

Through a digital platform.

But the family wanted to contact the kidnappers in a different, simpler way and appeal through their lawyer, at a new press conference, about the life sign of Anne-Elisabeth.

– We want proof so we know Anne-Elisabeth is still alive before we can begin this process, said Svein Holden.

At the same time, the police have received more than a thousand tips from the public.

The police carefully searched the family home and surrounding area.

Search through the lake

On January 27, another message came from the kidnappers.

But there are still no signs of life from Anne-Elisabeth.

Their actions which were supposed to get rid of Anne-Elisabeth confused the police.

The police have begun to fear that the billionaire's wife is no longer alive.

During the winter and spring, a large number of hearings are held and new investigations are conducted. The police carefully searched the family home and surrounding area.

The house is right next to the lake, Langvannet, where Anne-Elisabeth used to go for a morning walk with the family dog.

Both Langvannet and other surrounding lakes and streams are sought during spring.

Swedish water search dogs helped in the search, including German Shepherd Cross, who made a significant effort in searching for the Swedish journalist who was killed by Kim Wall.

But – not a trace of Anne-Elisabeth.

A sound engineer from the police investigates and analyzes various sound environments in the family home.

Family, relatives and friends, neighbors and business contacts with Tom Hagen and many others were interrogated.

Tom Hagen himself was in front of the theory that everything could be directed at him, maybe someone wanted revenge.

But – weeks and months passed.

The concrete footprints of the police are:

• Shoe prints on site. The impression must come from the German brand shoes Sprox, in size 45, the same type of shoes that are sold at Sparkjøp stores.

• Footprint in the bathroom and a small amount of blood from Anne-Elisabeth Hagen at home.

• Cable ties were found in the hall and sold at Biltema.

• Envelopes and papers, where the first message was written, were purchased at the Ohlsson Clas.

In late May, when seven months passed, the Anne-Elisabeth Hagen family contacted the kidnappers – without getting an answer.

A month later, the police held a press conference again and delivered a dramatic message:

The police no longer believe that Anne-Elisabeth Hagen was kidnapped without being killed.

– We still believe that he has been the target of a serious crime, but we feel that he tends not to be removed for economic reasons. The main theory has changed since he was killed, said police investigator Tommy Brøske.

If so, kidnapping can only be done – and maybe a way to hide the murder.

But who or what was behind the murder – and why was he killed?

This is a question that remains unanswered.

On July 8, less than two weeks after the new police report, the family lawyer, Svein Holden, received an e-mail through the anonymous Tor network service.

The message is encrypted and sent from Darknet and therefore the sender is basically impossible to trace.

The message was written in Norwegian and VG indicated that it was the same sender as the letter in the Hagen family home.

The email claims that Anne-Marie Hagen is alive, but the sender wants to pay to give family life a sign.

Police investigation officer Tommy Brøske found it strange that the e-mail was coming now – just moments after he left and said that Anne-Elisabeth had not been kidnapped.

But the email made Tom Hagen decide – according to VG, he paid 1.3 million EUR – SEK 14 million – in cryptocurrency to get proof that his wife was still alive.

There is no answer coming.

Hard day for the family

The family has sent reminders several times and until October, another message has been sent.

Still without an answer.

Still without signs of life.

What happened during those mysterious 34 minutes?

Tom Hagen had invested wisely and become millions richer, but his wife still disappeared without a trace.

Yesterday, the family lawyer, Svein Holden, called for a press conference ahead of the anniversary.

For families, this is a hard day. One day they will spend time together.

"There is no doubt that the years that have passed have been a challenge for the Anne-Elisabeth family, both large and small, and family and friends, said Svein Holden.

– This is a difficult day for the family because it marks the transition to a new year in the same situation demanding it.

The day after tomorrow 367.