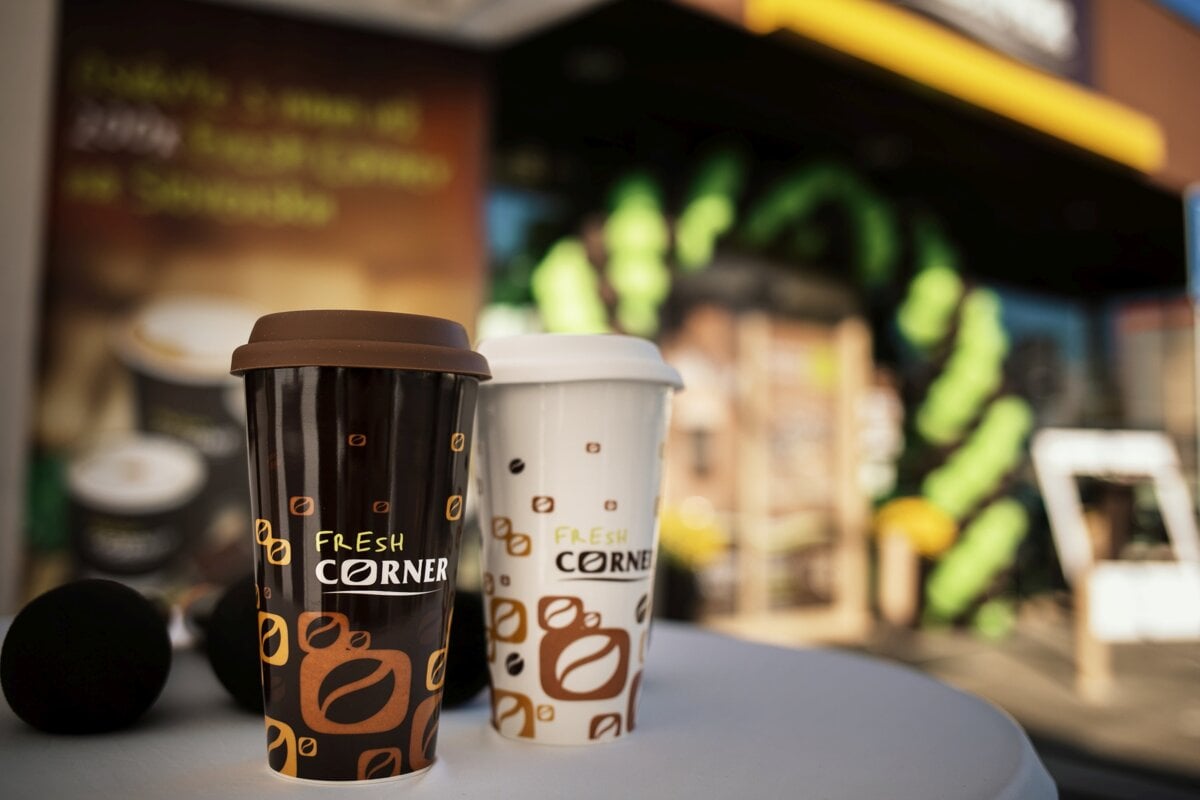 Customers at Fresh Corner enjoy the biggest coffee and milk and traditional espresso – together selling nearly 2.5 million cups. When preparing coffee, coffee beans are the most important. At Fresh Corner, they make coffee with 70 percent arabica and 30 percent robusta. Thanks to its balanced composition, coffee is adapted to Italian roasting types and is suitable not only for Italian espresso preparations, but also cappuccinos or lattes. The composition of coffee before marketing is sampled by top barists, as well as customers. They choose from 40 different mixes. All 200 Fresh Corner in Slovakia use the same coffee beans and the same milk. The taste of coffee is also influenced by water, because one cup of coffee contains up to 98 percent. Fresh Corner Coffee is made from filtered low mineral water that can eliminate the specific taste. 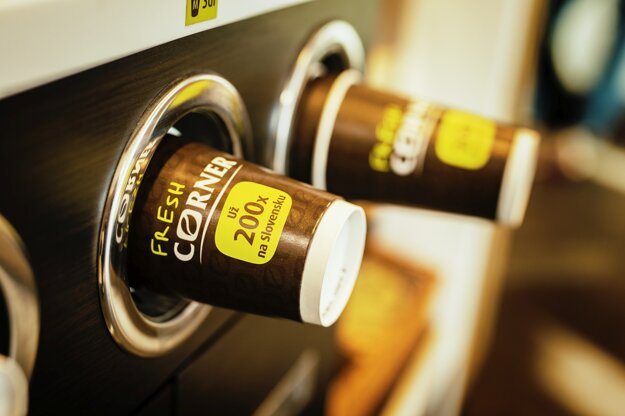 The Fresh Corner menu doesn't just end with coffee. Customers can also enjoy sweet and savory cakes on site and fast food. They also offer vegetable and fresh fruit salads or healthy drinks – smoothies. They also focus on quality in drinks, and in 2018 Fresh Cornery sells more than two million hot dogs with sausages and sausages with a high proportion of meat. Since 2017, this gastro concept has also been expanded to include Fresh Corner Restaurant. 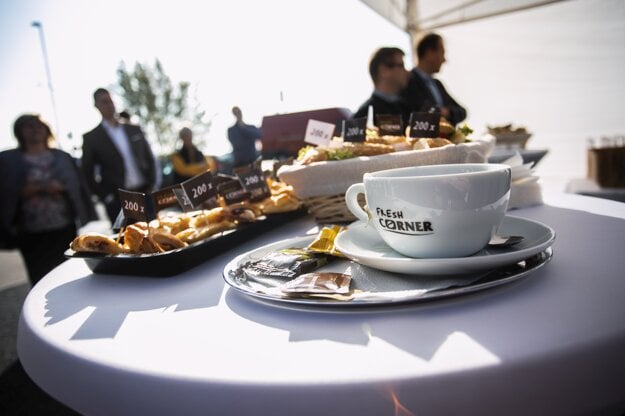 Fresh Corner is an international snack brand at the MOL Group gas station, of which Slovnaft is a member. Drivers can enjoy Fresh Corner offers at around 800 service stations in the Central and South European region. This brand has been on the Slovak market since July 2015, when the first cafes opened in Záhorská Bystrica, Lučenec, and Vyšný Kubín. In the following years, their numbers gradually increased and today they are part of almost the entire Slovnaft network. Since 2015, Slovnaft has invested a total of EUR 90 million in modernization and rebuilding, of which more than half was spent on Fresh Corner. By the end of 2019, Fresh Corner must be part of 226 of all 253 Slovnaft gas stations in Slovakia. 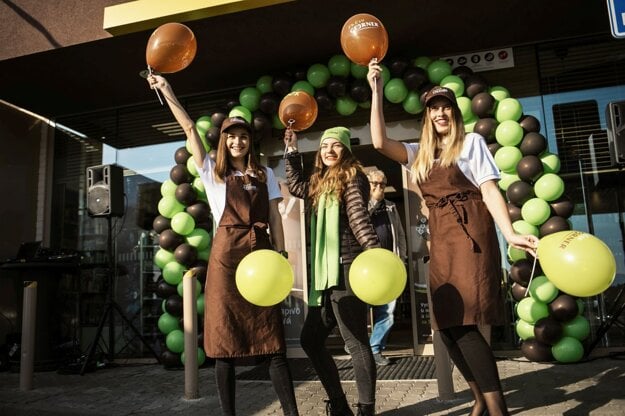 Slovnaft gas stations are constantly changing – to offer quality services, but at the same time have the lowest possible energy consumption and help sustainability. One innovation is a more energy-efficient LED lamp, which has replaced halogen lighting on the outside of all gas stations. Dispensers, car washes, and jet washing systems are also exchanged for more environmentally friendly ones. At the Slovnaft gas station, customers can dispose of used batteries and used household cooking oil, which are processed as biofuel components. In 2018 Slovnaft collected nearly 57 tons of used cooking oil, for the first three quarters of 2019 it had 58.5 tons. If not, used oil will end up in the sink and water channel. So far, 34 service stations have ADBlue dispensers, which are injected into diesel catalytic converters and can reduce harmful CO2 emissions. Fresh corners in Slovnaft do not use plastic straws for drinks and only offer paper bags for purchase. 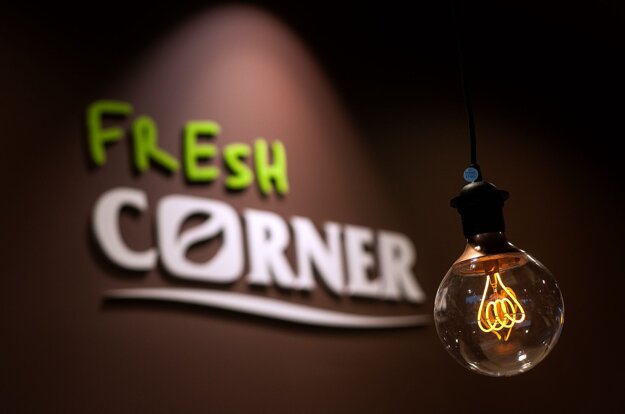 This text is a form of paid advertising. Tell more than 2.4 million Sme.sk readers about your business. More information can be found HERE. Contact: internet@petitpress.sk; telephone: +421 2 59 233 227.