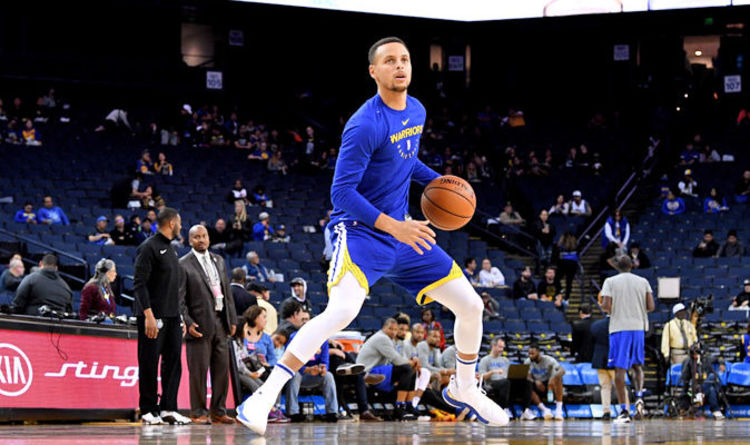 Curry, who has won three NBA titles, will go for another this year.

However, the Warriors season has been affected by problems outside the court.

Draymond Green and Kevin Durant were involved in a dispute on the field against the LA Clippers, before Green told Durant to leave the franchise.

There is a lot of speculation about various members of the Warriors, Green, Durant and Klay Thompson, who have the potential to leave the side.

But Curry assured fans that he would not go anywhere.

"Personally, I thank Oakland for embracing me as one of them, for giving me a new home, because it gives me a sense of pride and something to play with," he said.

"That must be a sure cultural surprise [moving from North Carolina]

"How fast things move, how alive the city is and how beautiful this city is.

"This is our new home.

"I really don't feel we will leave this area.

"And that's something that 20 years ago I would never have thought this was where I would end."

If Curry and the Warriors are successful this year, they will win their fourth NBA title in five years.

And the point guard has no illusions about the majesty of the task at hand.

"Going to the season with what we have on our team, the championship is what you focus on," he said.

"But this year, it makes it a little more focused and more special in terms of understanding what is at stake.

"Trying to win three in a row and this is our last season in Oakland, playing in front of fans there at Oracle Arena."