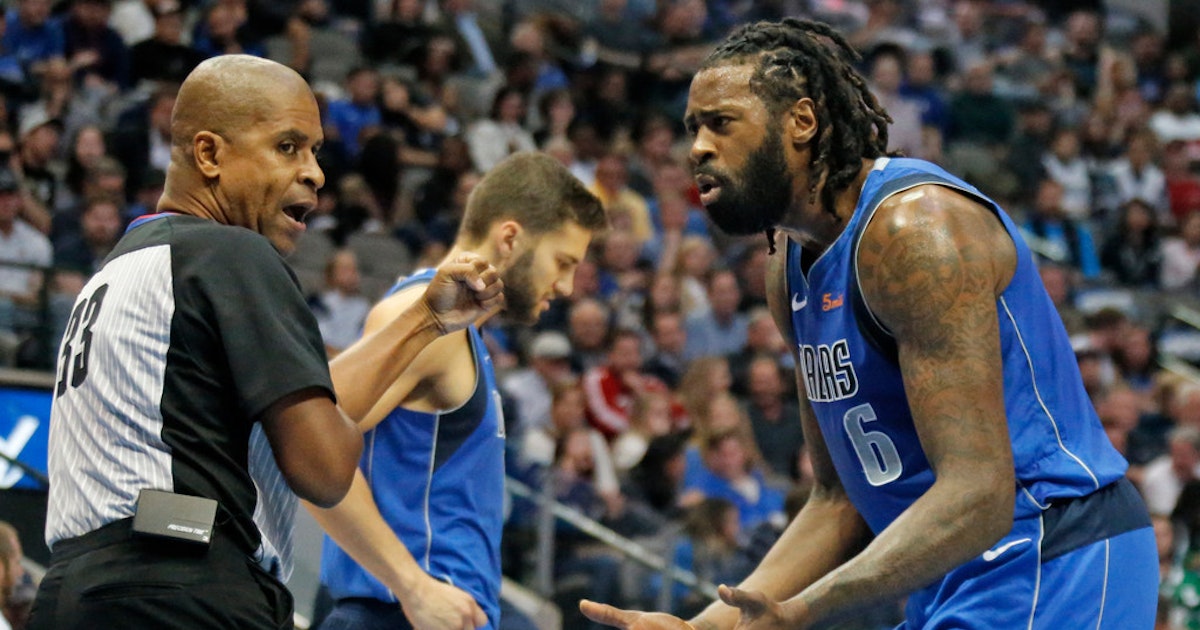 Eddie Sefko, Mavericks beat writers for SportsDayDFW.com and The Dallas Morning News, answering your questions about the team in live chat Tuesday. Here are some highlights:

Q: At what point will the Mavs try to get something for Deandre Jordan?

Sefko: What? They finally have a rebounding player who can help defend themselves too and you want to handle him away? Good sadness. Look, each player can be traded. But not. The Mavericks want to see how this season runs with Jordan and then make a decision whether he is suitable for the long term. It's not like Atlanta will send back the draft pick instead of Jordan. Let's face reality.

Q: Have you ever noticed the strange DeAndre Jordan route on the free throw line? Before each shot, he looked at his teammate (usually Wes Matthews) with a look of concern on his face, and asked who the person was guarding the defense. Did anyone talk about it with him? He is great on the line (more than 80%) but can he not make a shot without doing a routine before every shot?

Sefko: Funny you have to ask. I asked that question after the Chicago match on Monday. First I went to Harrison Barnes, who told me that Joran did ask who was looking after who. But Barnes said he would let Jordan explain the reason. When I approached Jordan, he only said that he was out in the situation and would not discuss in detail about the brief chat he had made with his teammate lined up for the potential rebound from his free throw. Whatever the conversation, it is now part of its routine and this is a successful routine. Remember a man named Karl Malone? The Mailman is not a great free throw shooter early in his career. In the end, he always mumbled a few words for himself in the line. He never revealed what those words were, but it helped him because it became routine. Whatever works, Jordan and Mavericks are all for that.

Q: Is there internal beef between Luka Doncic and DeAndre Jordan / Wesley Matthews?

Sefko: Not what I've seen. And I saw LD and Jordan playing together after the Monday night match. Hey, everyone will meet when you lose. Don't get wrong with losing as a sign that the player doesn't get along.

Q: Dorian Finney-Smith entered in the starting line to replace Wes Matthews against Chicago, and he seemed to fit. Is this something we can see further on the road, or is it just a substitute for Matthews's absence?

Sefko: As I wrote in the DMN and online today, this will not be the beginning of Wesley Matthews as the sixth person. The Mavericks already have too many of them. But you are right. Finney-Smith has emerged as a decent rotating player and especially for teams that value stubborn blue-collar defenders.

This Topic Is Missing Your Voice.