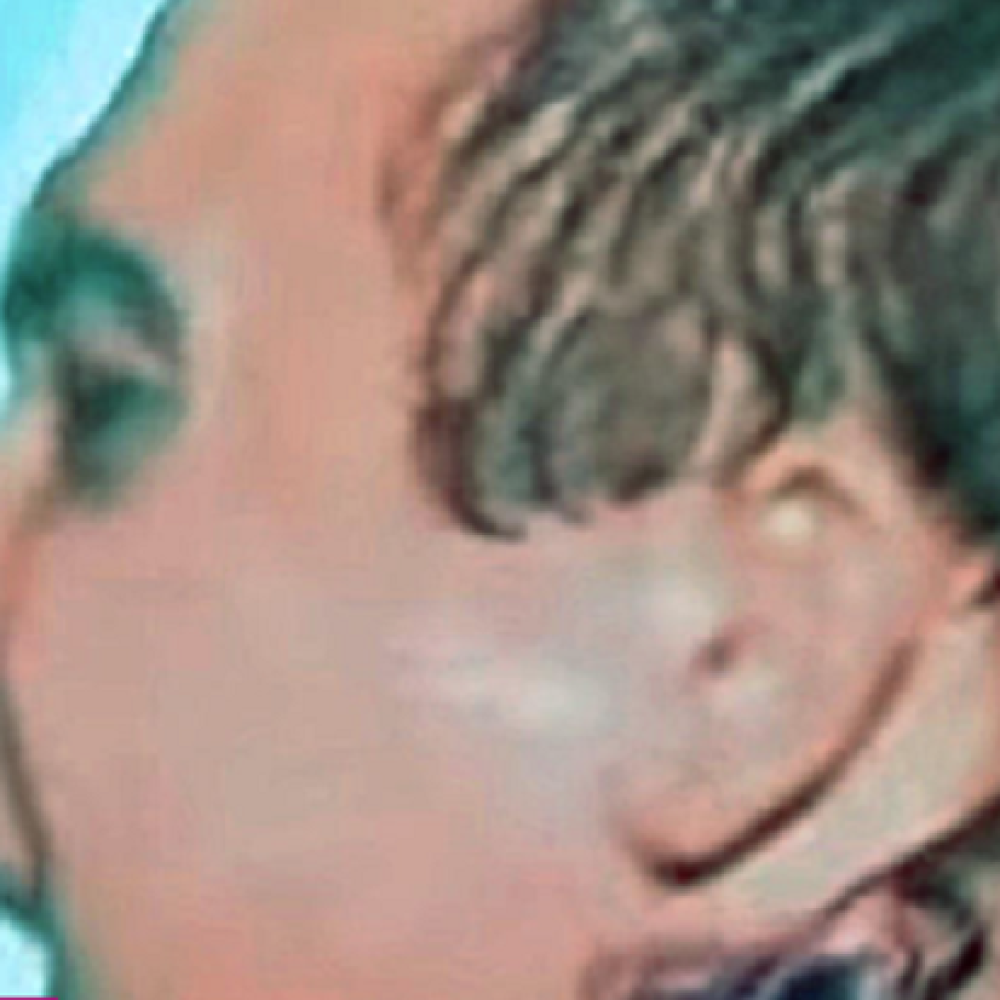 His appearance is retold to this day.

Ivica Čuljak was born on 4 June 1960 in Cerić near Vinkovci in Croatia, and he is considered one of the most violent singers in our region.

He also had mental problems, so in the late seventies he turned to psychiatrists for help, but it seems that it was more to avoid soldiers.

He became famous for cutting himself with a razor at concerts and saying that nothing hurt him. He said that he wanted to surprise the audience and he succeeded, because he left a few indifferent people at the concert. At the end of 1981, on Republic Day, then a national holiday, a fight broke out at the Meri Cetinić concert at Vinkovci’s “Slavonija” hotel, where a man from Vinkovci withdrew in conflict with the Čuljak brothers.

Čuljak, he later said, came here to try to smooth things over with the man who allegedly abused his brother. It all ends with a bloody scene where Ivan stabs the poor man with a knife, after which the man ends up in a grave, and Čuljak is in prison, then in a mad house. In a documentary made about him, as his graduation thesis, made today by leading Serbian director Milorad Milinković (Dead Cold, Obituary for Escobar), he describes how the murder took place and what happened.

with maintenance as in animals. I remember taking the knife from my coat and I know I jumped on it like a tiger, but I don’t remember stabbing it at all. I don’t know, it only lasted a few seconds, “said Culjak, adding that it was the only time in his life when he lost control.

After the murder, Čuljak spent 19 months in the Osijek detention prison, and then he was placed in the neuropsychiatric hospital in Popovača, where he will spend the next nine years. At the hospital, he was diagnosed with borderline personality disorder, which is characterized by sudden changes in behavior and impulsive reactions. The hospital staff allegedly liked Čuljko, so much of his poetry and literature was written there, and sometimes he was even allowed to appear. He returned from the hospital to his hometown for a short time and recorded his first two albums during that period. Then he took the pseudonym of Satan from Pannonia, whose legend circulates that he was created by a village grandmother who said to him: “She is being persecuted, Pannonia demon”.

His appearance is retold to this day. He regularly cuts himself with a razor or broken bottle, is accompanied by tantric dances and powerful speeches, and the audience reaches a kind of ecstasy. Above all, she participated in the arts in her eccentric everyday clothes and mystical behavior. The story of his atrocities was also sparked by an interview he gave for “Globus”, in which he told how he killed prisoners.

“If I commit murder, I never say to the victim, ‘You will be shot.’ I always told him to make an exchange. I put on his hood and said, ‘Shut up, they will be yours now. There he is, they can be heard …’ And when we found him in the corn, in the forest, I fired a short burst into the my heart. I committed the murder, “Satan said in November 1991.

In subsequent interviews he denied it and claimed he was just kidding. From someone who identifies himself as a “punk by nationality”, he’s been the one to call for massacre and talk about killing Chetniks. Satan Panonski died on January 27, 1992 in Vinkovci, and the circumstances of his death were never officially confirmed, providing fertile ground for various myths and conspiracy theories.

Check out more news about the celebrity world HERE!