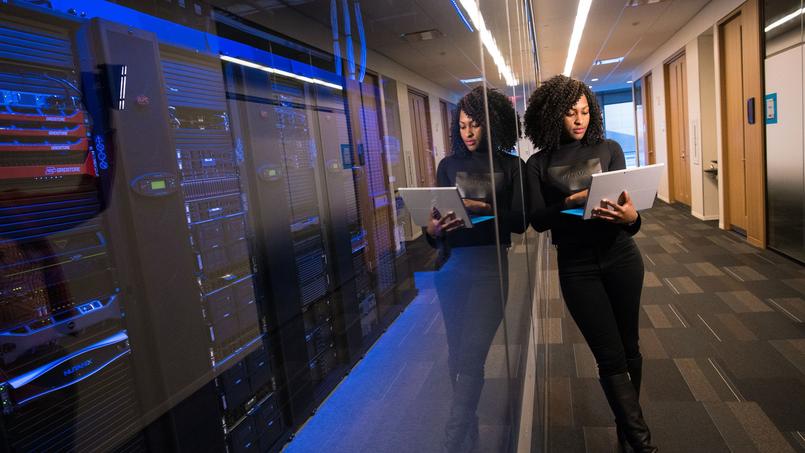 A year after the plan was announced to develop artificial intelligence, France today in Toulouse strategies resources on the research component, amounting to 1 billion euros.

It was in this last part that the government introduced this November 28 strategy. Minister of Higher Education and Research Frédérique Vidal and Secretary of State for Digital Mounir Mahjoubi were present in Toulouse this afternoon the main orientation of the national research strategy in artificial intelligence. This amount to 665 million euros from the State Budget expenditure until 2022, plus private sector investment that will bring the total budget to 1 billion euros, estimated on the government side. Six main orientations have been planned to "ensure, with Germany and the European Union, that France is able to compete with China and the United States".

One of the most important components of the plan is the "3IA" interdisciplinary centers, which bring together public and private research and become a "superior" IA plan. Four university centers are candidates, in Paris, Toulouse, Grenoble, and Nice. They will know by the end of January 2019 if the label "3IA" is given to them and opening them financing is estimated at 300 million euros per center. One hundred million euros will come from the company.

In addition to these groups, the government plans to open 40 new artificial intelligence seats at French universities. INRIA will be responsible for coordinating this national program. Funding of 300 new doctoral students per year is also planned for 2022. Basic research and applied research will be encouraged in the same way, but some topics such as algorithmic bias or health and mobility are priorities of interest. The technology research institute (IRT) will have a budget of 130 million euros.

Finally, the government also plans to provide 200 million euros by 2022 to increase access to computational resources for researchers. Without this, it is impossible to replicate experience and make new scientific progress. The CNRS Idris laboratory in Saclay in the Paris region will see the start of new supercomputers in 2019, some of which will be provided for artificial intelligence. The machine will have a total computing capacity of 10 petaflops (10 million billion operations per second).

If the government is involved in such methods, it is also because artificial intelligence emerges as a matter of power. This field of research, born in the 1950s on the side of Alan Turing and cybernetics fathers, is now associated with military power (autonomous weapons) or economics, because it is artificial intelligence that will rest tomorrow in industry and business. Countries and companies compete with the declaration of ambitions and means to win the race. At the point where some researchers in geopolitics felt the effects of overbidding close to "Sputnik's moment" from the cold war: "each lost surpassed progress on the other. The United States was facing China on AI, because before they opposed USSR on the basis of space conquest ", explained Charles Thibout, a researcher at the Institute of International and Strategic Relations (Iris), a specialist in emerging geopolitical issues.

Despite the final revival in the development of a coordinated strategy, France remains one of the leading countries in research. Engineers, PhDs, and professors attract large global companies, which utilize these talents for their own artificial intelligence research laboratories. Some big names in technology have installed their centers in France, such as Google, Samsung, IBM, Fujitsu, Huawei or Facebook.