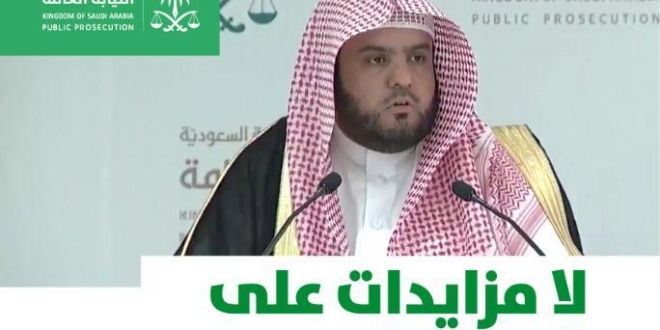 A statement issued by the Public Prosecutor's Office to reveal the development of the case of the author Jamal Khashoggi, the big difference between the treatment of the Kingdom and its sharpness to show the whole truth and mysterious position of Turkey.

The kingdom is calm, wise, transparent, and looking for all the truth in this case.

While Turkey has been extorting, manipulating, relying on wiretapping, seeking retaliation, and exploiting cases for political purposes.

The Public Prosecutor has demanded the execution of the death sentence in the murder case of the late writer Jamal Khashoggi in Turkey in early October, 5 people.

The prosecution identified five people who issued murder orders and 4 began crimes, noting that the planning of crimes that took place on October 2 began on September 29 before.

According to the Public Prosecutor's Office, the task commander in restoring Khashoggi decided to assign the team to kill him if they failed to convince him to return to the Kingdom.

Attorney General, Counselor Saud, admirer, issued a statement today saying: "According to the Saudi-Turkish Joint Task Force, investigations carried out by the Public Prosecutor's Office with 21 prisoners in this case were suspended after the prosecution of three people. (11) of them were prosecuted with criminal proceedings against them, and the case was referred to the court because the investigation continued with the remaining prisoners to achieve the reality of their situation and role, with a request to kill one of them and start the crime of killing them (5) Because of Qiya.

In this case, the Public Prosecutor wanted to show that his party had asked the brothers of the Republic of Turkey No. 7841 dated 8/10/1440 H related to 17/10/2018 and 9995 / S dated 16/2/1440 H related to 25/10/2018 and 11350 / and dated 22/2 / 1440H in accordance with 31/10/2018 provide the evidence and evidence they have, including the assets of all the voice recordings held by the Turkish side on this issue, and that a special cooperation mechanism is signed with the Turkish side to give them findings from the investigation in accordance with the provisions of the system and to request evidence and evidence of those who support or conflict with the results achieved for their use Look, as well as public prosecutors are still waiting for what they are asking for. 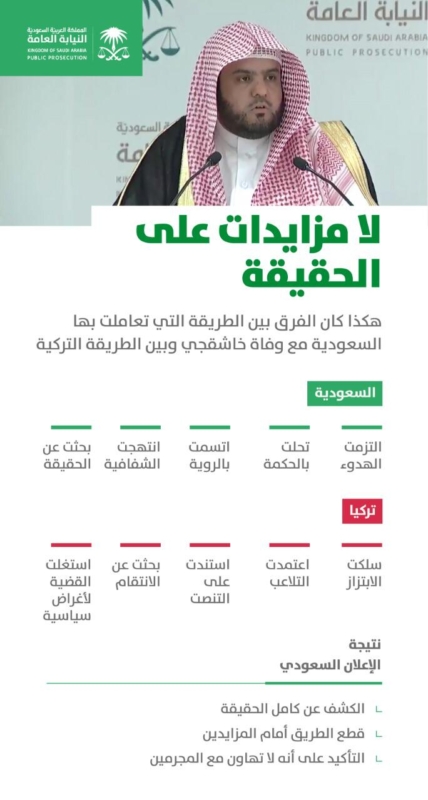