Al-Ahly confirmed the delivery of the tournament bonus to Failers, Ashour and Three Pyramids 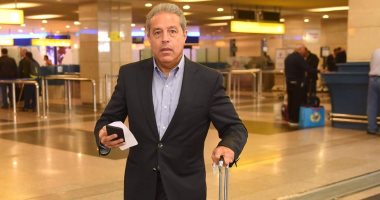 Khaled Al-Darandaly, treasurer of the Al-Ahly club, confirmed that his club sent the award for the league’s crowning to Switzerland, Rene Weiler, former technical director of the Red Castle, as stipulated in his contract, as well as the Ramadan quartet Sobhi, Hussam Ashour, Ahmed Fathi and Sherif Ekrami. . Al-Dirandali said in a phone call to Saha’s program with Schubert on On Sport FM Radio, “The Al-Ahly Treasury is ready to use the prizes, and all club employees in all branches become partners in the tournament.”“.

Treasurer Al-Ahly added, “The beginnings of the board are tense due to difficult circumstances and all board members, members and masses, the secret behind correcting Al-Ahly Council’s path is shocked by Musimani’s choice as the team’s technical director, and the return of the league contributing to winning the championship, and we challenge adversity with the urge to reach the championship. ““.

Khaled Al-Darandaly added, “The CAF award has been postponed due to the circumstances of Ahmed Ahmed’s departure and changes in administration, and the Football Association’s decision to spend a prize to win the Egyptian Cup is more moral than material.” Al-Ahly Nobody has cut the wages of anyone within the club, whether players, administrators or workers, from the start of the Corona pandemic until now.“.

Al-Darandali pointed out that “achieving the five-year quintet is our goal to achieve super African and local, I congratulate Al-Jaysh’s pioneering system at a great level ahead of Al-Ahly.”“.

The treasurer of Al-Ahly added, “We are transferring gifts to players who have left Al-Ahly, either player or Fyler, who will receive league bonuses only, not the Champions League or the Egyptian Cup. We have not decided on the fate of Badji’s contract from a technical or financial perspective. The Al-Ahly Treasury is ready for a new contract today.“.

Al-Ahly’s club crowned the Egyptian Cup after defeating Al-Jaysh in the final of the tournament at the Burj Al-Arab Stadium via penalty kicks, thereby crowning Al-Ahly the Egyptian Cup champion for the 37th time in its history, after an extraordinary season for the Red team, but in terms of records, the red giants managed to add to the numbers. New to the serial number, after combining the League and Cup in 15 seasons.