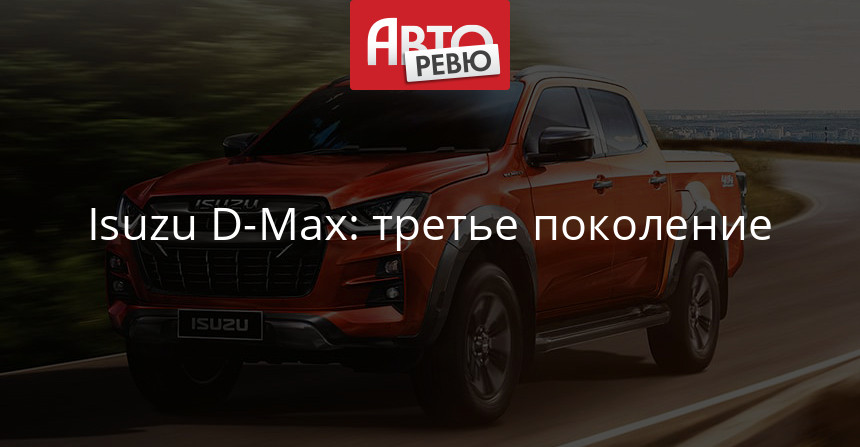 D-Max is known to last for eight years on the assembly line and is now ready to make way for a new generation pickup truck that is already third. The whole family is represented in their small homeland in Thailand, where the Isuzu pickup truck factory is located. At the same time, the proletarian version with a short three-seat cabin and the four-door richest version sees the light of day. 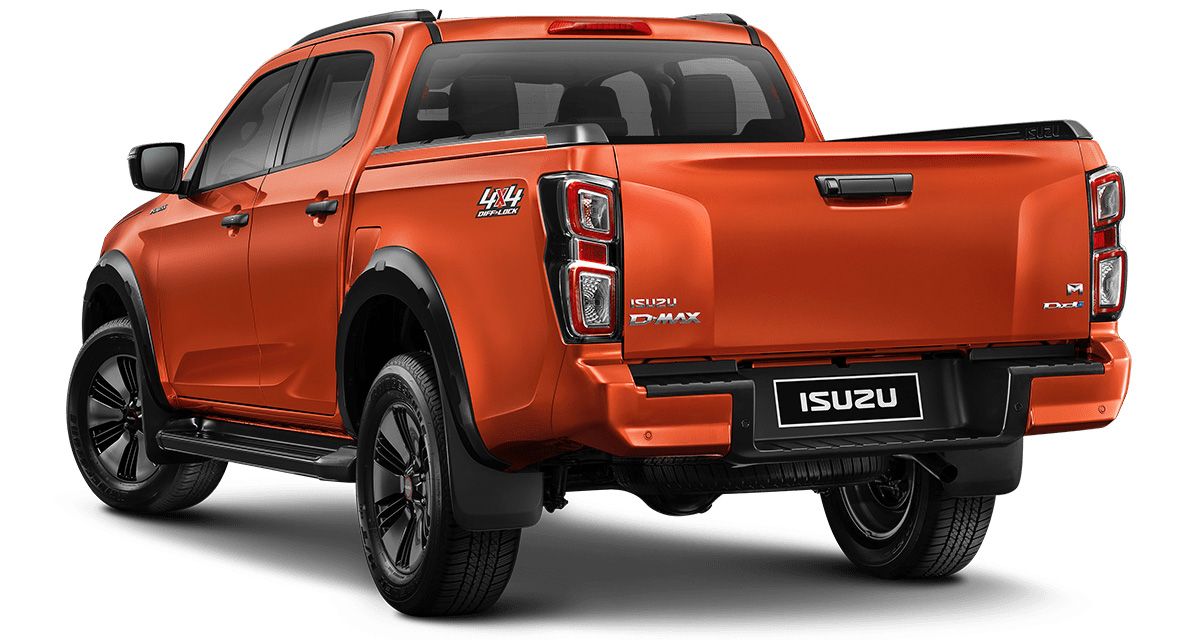 Despite the similarities to its predecessor, this is a completely new model built on the latest Isuzu Dynamic Drive platform. The chassis has become lighter and harder, additional transversal amplifiers have appeared, and the engine has been moved closer to the passenger compartment for optimal mass distribution. The modified arrangement of auxiliary units makes it possible to increase the ford depth that can be overcome from 600 to 800 mm.

The chassis architecture is the same, but the front two-link springs have acquired a new lever, and in addition, the angle of rotation of the wheels increases. The rear axle is still not cut in the spring, but the trajectory has become wider and drum brakes have given way to disc brakes. On the front axle there is a larger diameter (320 mm) disc brake and two piston mechanism.

If we consider the most popular version with a two-row cabin, the new D-Max is 30 mm (5265 mm) shorter, 10 mm wider (1870 mm), and 5 mm higher (1790 mm) than its predecessor. Wheelbase increased by 30 mm to 3125 mm. The body of the pickup truck frame, although it does not perform bearing functions, has become harder by 20% in the name of safety, the high strength steel part has been upgraded.

As before, the expensive pickup version has LED lights and rear lights. New at Isuzu – windshield wipers with washing machine nozzles integrated into the leashes. The developer also paid special attention to aerodynamics (especially the bottom and wheels): D-Max was blown through the pipes of the Japanese Railroad Institute, where high-speed trains were developed.

The new interior is richer and better than its predecessor: soft plastic is used for decoration. The steering column can now be adjusted not only in height but also in range. Among the options there are dual zone climate controls and two versions of the media system (with seven or nine inch screens), which have Apple Car Play and Android Auto functions. The two-row modification has a wider rear door opening and additional vent deflector in the rear row. 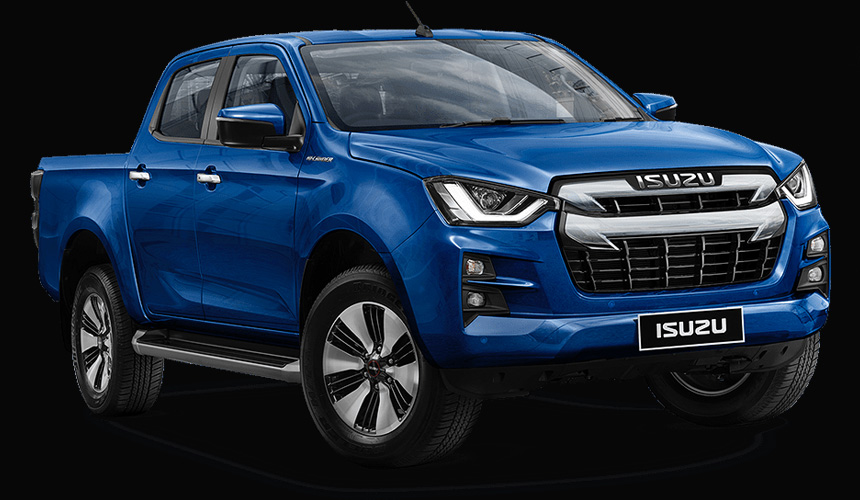 The third generation Isuzu D-Max has acquired a new electrical system designed to install modern electronic assistants. But while in the warehouse there is only a blind spot control system. Mazda helped in the development of another Isuzu assistant: the manufacturer announced the joint development of a new pickup three years ago. Of course, the D-Max can have six airbags and ESP. 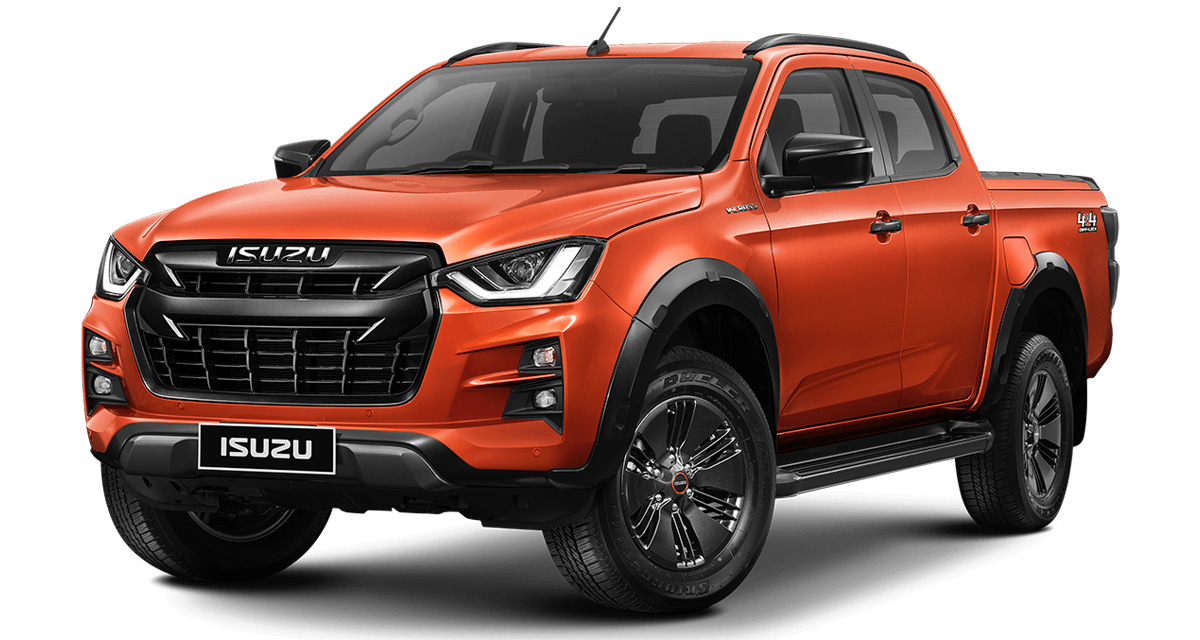 The engine range is the same. The turbodiesel base 1.9, which appeared in a range a few years ago, produced 150 hp. and 350 Nm. And the three-liter "cargo" engine has been modernized: the new 4JJ3 version differs from the current 4JJ1 in a modified combustion chamber, increased injection pressure and a new turbocharger with variable geometry from the guide vanes. As a result, power has increased from 177 to 190 hp, and torque – from 430 to 450 Nm.

The six-speed gearbox is the same, but with a revised gear ratio: this is Isuzu's "mechanics" and Aisin's "automatic". The drive of all the hard-connected wheels has also been maintained, but an ordinary rear differential lock with electromagnetic actuators has emerged. 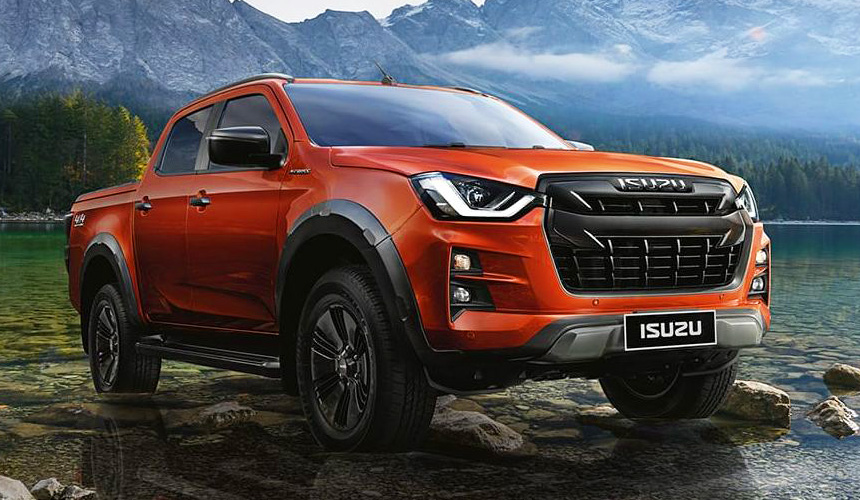 In Thailand, the third generation Isuzu D-Max pickup will go on sale in a week. Prices in the local market range from $ 16,700 for the simplest version with a two-door cabin and rear wheel drive up to 38 thousand for the four-wheel drive version of the top door. Outside of Thailand, the new Isuzu D-Max pickup truck will appear in the second half of 2020. Around the same time, the debut of a brother truck under the Mazda brand is expected, which will differ especially in design.