The main fear of the young Kirkorov was revealed :: Showbiz 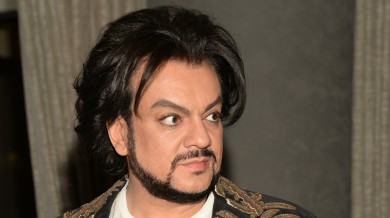 For the question that stung the Dudya, why did Kirkorov need to make this provocative clip, Gudkov replied with a dismissive attitude: "He wants to be on the wave. Philip … he will do many things to be modern with young people.

The artist acknowledged that the cost of making the film was very expensive – he lost 6 kg and besides that did not receive a penny, because all the money went into production.

According to Gudkov, he was initially wary of the idea of ​​cooperation with Russian pop kings. According to him, Kirkorov was for him a man who felt himself to be "the Buddha of all time and society." The reality is much better. The artist emphasized that Philip Bedrosovich was a very reflective person who followed everything that happened.