Cherchesov: When I go to the bathroom with the national team players, sometimes I think if I'm not in prison 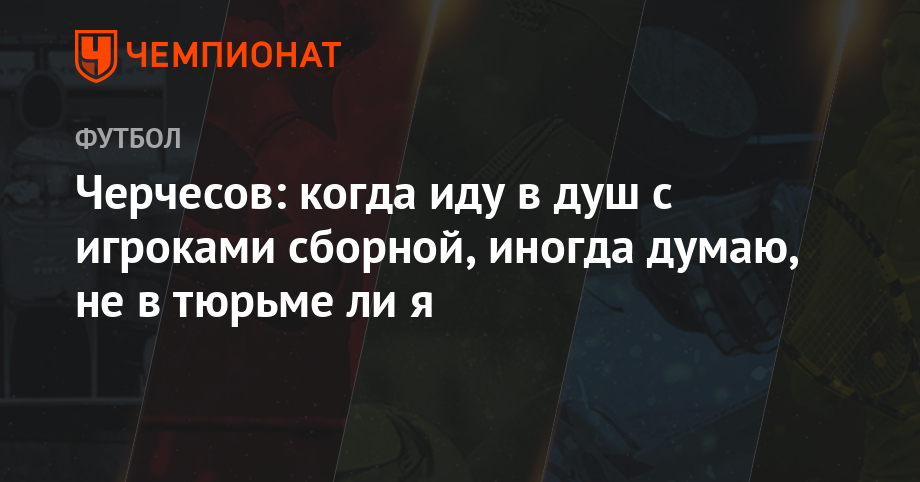 Cherchesov: When I go to the bathroom with the national team players, sometimes I think if I'm not in prison

The head coach of the Russian team Stanislav Cherchesov said that he was not a supporter of strict discipline for national team players.

"We have a saying:" Freedom, but with responsibility and concentration. "Of course, there is free time, we are not in the army. But we are also not in kindergarten. Everyone must take care of themselves. They cannot sit on social networks or play at the computer at night. If they keep doing it, and then not practicing with dedication, they must be responsible.No one has to be late for team meetings or departures, but this did not happen for two years while working as a national team coach.

I used to feel disturbed when my player hung on the phone. Today I have two of them myself. Or tattoo. I used to think that only criminals were tattooed. Even today, when I go to the bathroom, sometimes I have to think about whether I'm in the changing room or in prison. But overall, I'm used to this too, "Cherchesov said in an interview with the German edition of Bild am Sonntag.

Cherchesov: it is possible that many people in Germany are jealous that we have Putin, but they are not